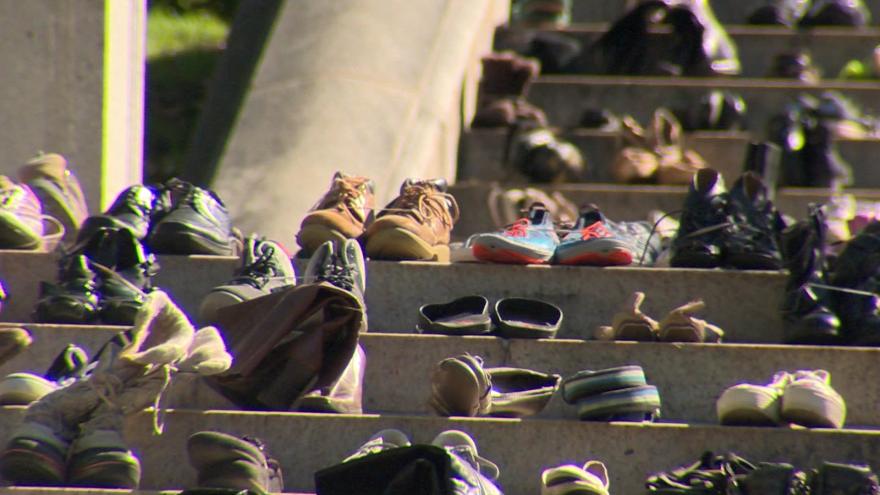 MADISON, Wis. (CBS 58) -- There was an emotional display at the state Capitol this week - the third annual empty shoe memorial.

It honors those who died by suicide across the state.

Each pair of shoes or boots resting outside the Capitol building represents a person who died by suicide in the past year.

Organizers of the yearly event say they chose this kind of memorial in order to make a visual statement.

They're trying to encourage lawmakers to support more suicide intervention programs. But they also want everyone to be more compassionate and to know it's okay to talk about problems.

"I think we need to have the awareness, we have to start talking more about suicide prevention - doesn't need to be scary," said Barb Bigalke, Director of the Center for Suicide Awareness. "It's really just reaching out, looking, listening, caring about each other. And saying let's take this issue and bring it to the forefront."

If you or someone you know is having trouble, help is available 24 hours a day.

You can call the National Suicide Prevention Hotline at 1-800-273-TALK.