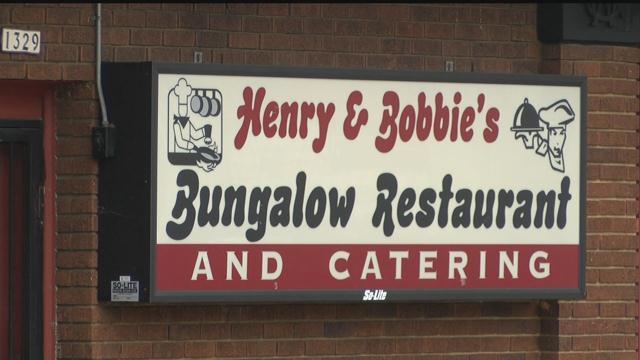 Employees of a popular Milwaukee restaurant say their manager acted in self-defense when he shot and killed his brother Saturday night.

Police say the shooter is cooperating with their investigation - focused at Henry and Bobby's Bungalow Restaurant and Catering on West Keefe Avenue.

Employees of the restaurant have identified their manager as Demetrius Jones. They also say the victim is Demetrius's brother - 42-year-old Rodney Jones.

"He was protecting his mom and his dad. You know, they're elderly. And he was protecting us too because we didn't know what he was going to do," Melvin Johnson, a cook at the restaurant, said.

Around 7:30 p.m. on Saturday Rodney Jones returned to the restaurant after having an earlier run-in with police, Johnson said.

Employees say they don't know what that first run-in was about, but what they do know is that Rodney was released and when he got back to the restaurant he started kicking a door.

Demetrius - Rodney's younger brother and manager of the restaurant - told Johnson to call 911.

"Before I hung the phone up the door had got kicked in. And I heard a gunshot and the operator, she was just trying to direct me what to do," Johnson said.

"I came back out here to try to keep him alive. His eyes were opening and closing. I was trying to keep him woke. And then, while we was talking to him, the police came and they ordered us to go back inside," Johnson - who considers himself a close friend of Rodney - said.

Demetrius Jones would stay on scene to speak with authorities. MPD reports the shooter is cooperating. There's no word from authorities if homicide charges are being considered.

Employees say they are not entirely sure what caused the argument to escalate but say there were some unspecified family issues.

Family member in the area of where the crime happened declined to comment on Sunday morning. There is currently no schedule for when the Bungalow Restaurant will re-open.