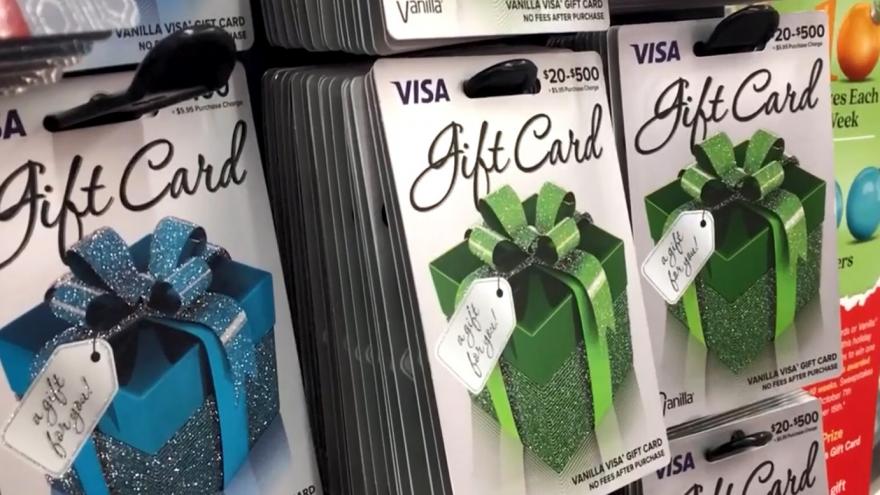 Gevorg Poghosyan and Gamlet Kazarian are charged with 18 combined felonies, all for forgery.

Police say the men stole Visa gift cards from a number of Walgreens and Target stores, then replaced them on the rack with altered bar codes.

When a customer purchased the card, their money would be uploaded onto a card in the suspects' possession, not the one in their hand.

Elm Grove police put a tiny camera into a gift card display in a Walgreens, and observed an associate of Poghosyan and Kazarian steal about 20 cards and replace them with ones from his pocket.

"Gift cards are great for con artists for three reasons," said Monica Vaca of the Federal Trade Commission. "First of all, it's almost impossible for a consumer to reverse the transaction, it's quick, it's very quick for the con artist, and third it let's the con artist remain anonymous."

Police say they caught the suspects with a duffel bag containing about 200 gift cards.

The men are accused of using the gift cards loaded with stolen money to buy more gift cards from various retailers.

At least one victim got his $200 back because the suspects hadn't yet spent it.

The Better Business Bureau recommends buying gift cards directly from the store or business, and checking it to see if it's been tampered with.

It's also a good idea not to take from the front of displays, because that's where scammers are most likely to put the fraudulent cards.