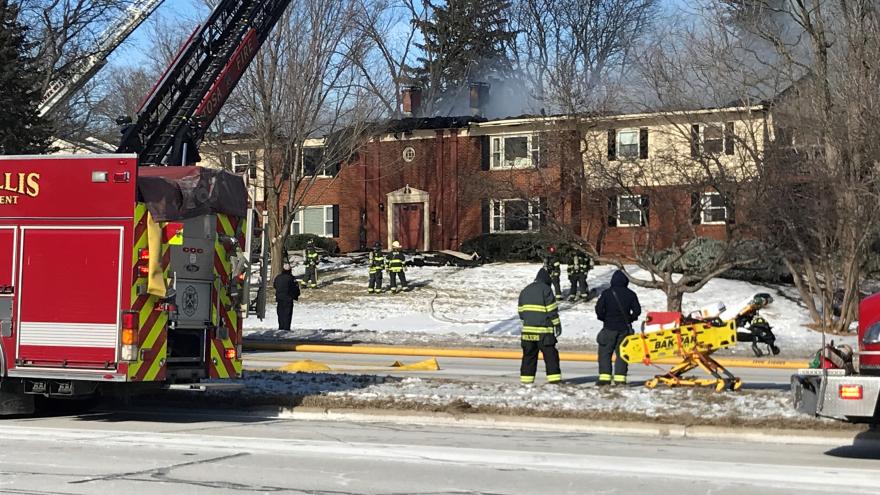 First responders arrived at the scene near Bluemound Road in the village of Elm Grove around 10:30 a.m.

A resident residing on the second floor called to report that their porch had caught fire.

Fire and police units observed heavy smoke and flames coming from the second floor of the building which quickly spread to the attic area, causing significant damage.

Three units were occupied by three individuals at the time of the fire. The fourth unit was unoccupied at the time.

All occupants exited on their own without injury.

Waukesha Metro Transit provided a bus for residents to take shelter in and rehab for emergency personnel due to cold weather conditions.

Police say the total assessed value of the four units, including land, is $536,800 according to the 2021 assessment.