Elizabeth Smart shares her story, a warning for Wisconsin 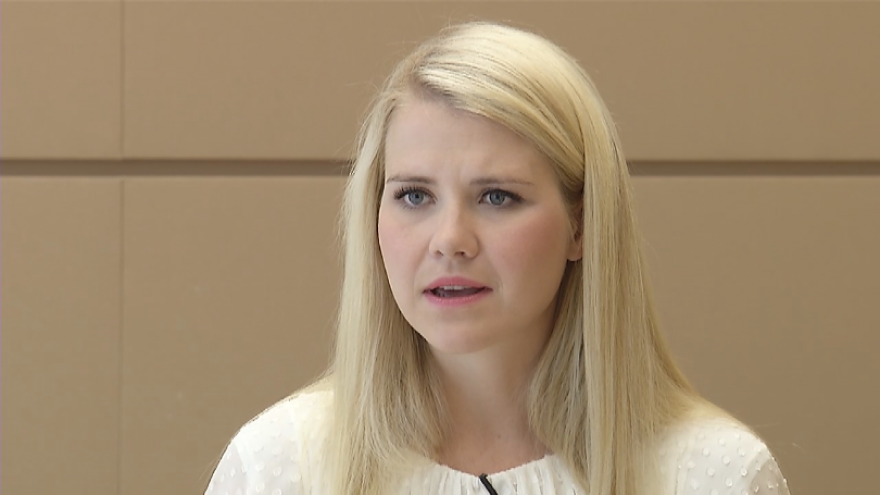 GREEN BAY, Wis. (WBAY/CNN) -- The story of Elizabeth Smart's nine-month-long kidnapping, torture and subsequent escape and survival in 2002 captivated millions of people all over the world. Today, Smart is a wife and mom who overcame suicidal thoughts to advocate for victims of sex trafficking, an epidemic we're seeing here in Northeast Wisconsin.

Smart was taken from her family home at knifepoint at age 14.

Now, when she shares her story of survival at events like Power of the Purse in Green Bay, Smart hears just how common women are silently drugged, raped and abused fearful of ruining their reputation.

“So often we all of the sudden start looking at, ‘well, what were they doing? What were they wearing? Were they in a bar? Were they drinking? Were they with a friend? Were they by themselves? Did they leave their drink alone?’ We start scrutinizing the victim's behavior when in reality it shouldn't matter what they were doing,” said Smart.

Smart has been behind legislation to crack down on sex offenders and is now a voice against human sex trafficking.

“Slavery supposedly ended a long time ago. But actually, in reality, there are more humans in slavery today than there ever have been before; there's over two million,” said Smart. “That should be zero tolerance.”

Smart's foundation assists victims of sex crimes to put away their predators, and also overcome mental health issues brought on by abuse.

“We need to be there to make sure that these predators are getting their just reward as well,” Smart said. “I have very little to no sympathy for predators.”