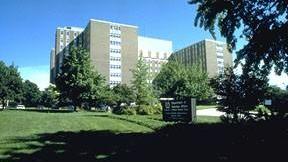 The evacuation was ordered around 11:30 a.m. when smoke triggered the fire alarm from an electrical short in the building.

There is no visible damage on the outside of the building.

At this point, officials with the center, don't trust the fire alarm until the electrical system is fixed.

The displaced veterans are being housed in other facilities on the grounds.

Officials tell CBS 58's Keith Meka that repairs will be complete by Wednesday and the veterans will return to their regular building.

Two veterans suffered chest pains during the incident. They are both said to be doing alright as of Tuesday night.