Eerie Similarities for Badgers in NCAA Seeding, Bracket comparing 2000 and 2017 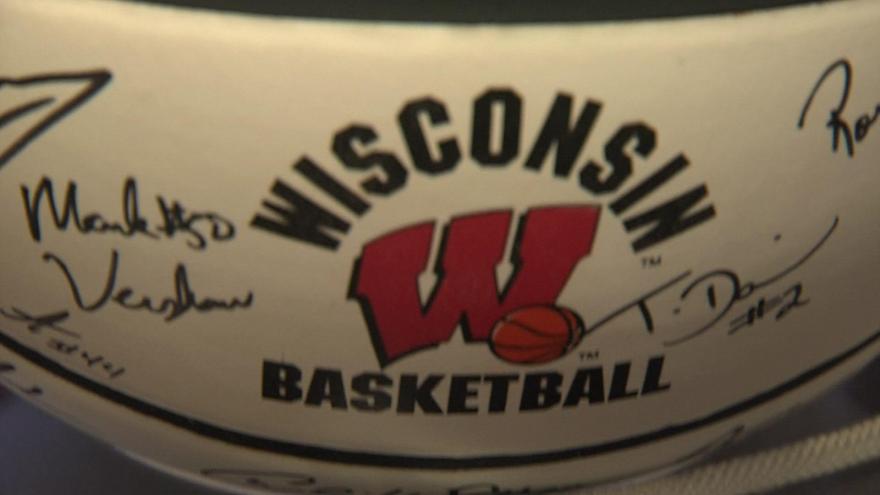 As the Wisconsin Men's Basketball team lands in New York for their Sweet Sixteen appearance, people are noticing more than a few similarities between their path and the one taken by the team in the NCAA Tournament in the year 2000.

The 2000 team would go on to the Final Four. One past player tells CBS 58's Jacob Kittilstad he's sure a lot of alumni have noticed.

Andy Kowske, who now lives in New Berlin, was number 15 during his time with the Badgers. 17 years later - watching the tournament - he likes remembering his teammates between 1997-2001.

"The guys that I played with, we're all life-long friends. We stay in touch," Kowske said.

"We were actually pretty happy with it. Back then we had to scratch and claw to get into the tournament. It was a much different regular season compared to this year's team. We were probably on the outside looking in most of the season," Kowske said.

"I did notice that the team this year is an 8 seed going into the NCAA tournament. Back in 2000 we were an 8 seed," Kowske said.

But there are even more similarities. As an 8 seed the current Badgers team beat number 1 seed Villanova. In 2000, the Badgers also defeated a number 1 seed: Arizona.

"The Arizona win was a huge confidence building for us. At that point we knew that our defense could take us places. The reason we won in the tournament back then was that we played really good defense," Kowske said.

And he expects this season's team has the same feeling.

"But their offense is very high powered. Bronson Koenig has a ton of confidence. I think they're extremely well coached," Kowske said.

One more thing is common: back in 2000, after beating number 1 seed Arizona, Wisconsin would go on to face a number 4 seed team from the SEC Conference.