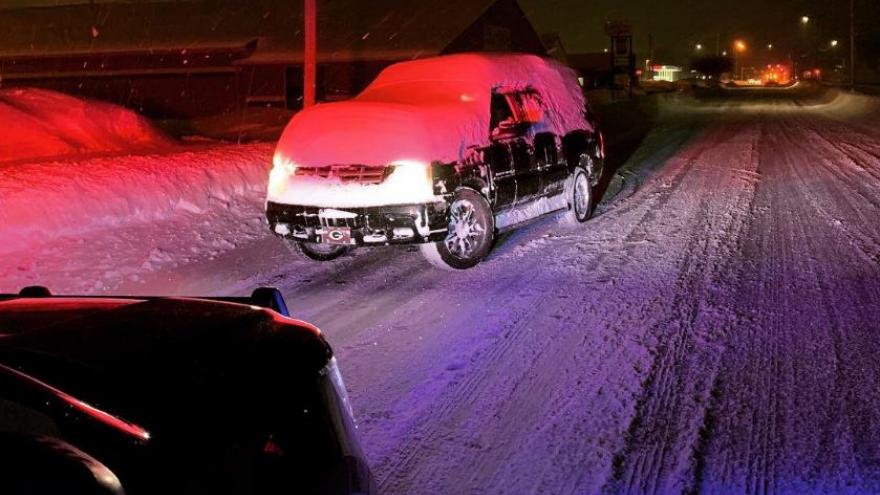 EAU CLAIRE, Wis. (CBS 58) -- Eau Claire Police shared images on Twitter of a traffic stop of an SUV that was completely covered in snow.

From the photos, the only way the driver could see any traffic was by sticking their head out of the driver side window. The rest of the windows include the front and rear windshield are completely covered in snow.

Police include the caption "NO!" with the photo.

It is against the law to drive with an obstructed view which includes snow.