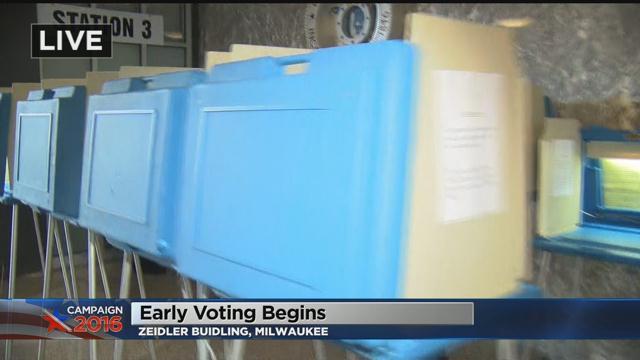 Election officials say they had about 40 to 50 people lined up this morning hoping to be the first person to early vote in Milwaukee.

Officials estimate somewhere between three and 400 people have put in their ballot.

The city has early voting options set up at the Zeidler building almost everyday until Election Day, and the city will open up two more locations on October 10th.

This early voting would not be happening today without a federal judge striking down state restrictions back in July.