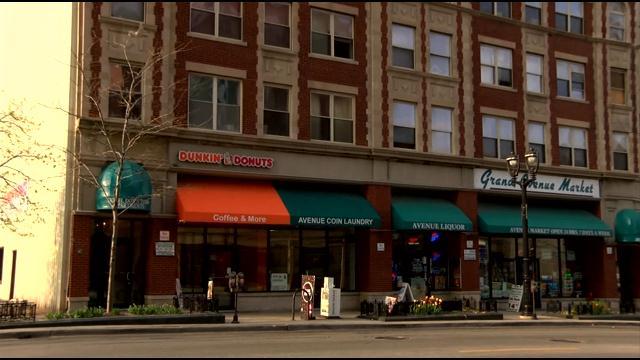 \"So potentially if they keep up with this fight of trying to keep the business open 24 hours they might lose their food license?,\" said reporter April Dovorany.

The city has ordered the donut shop not to stay open from midnight until 5 AM  in response to complaints about panhandling and loitering.

We hear from the owner of the business who wants to keep it open all night like it has been for nearly 30 years.

Everybody we have talked to about this story agrees that there is a problem, that panhandling needs to be reduced on this city block. However, this long time business owner says going after his store, and only his store, is not fair.

\"If one of my customers has been panhandled or mugged or bothered, who is the biggest loser? Its us!\" said Satish Gabhawala.

\"In just looking at the calls for police service, this is when a lot of the nuisance activity was happening,\" Stacie Callies said.

Numerous complaints from the group and residents of the Wisconsin Tower led Alderman Bauman to ask the council to take action.

\"So I asked council to non-renew the Dunkin' Donuts shop but renew convenience store and that's what the council did,\" said Bauman.

It sounds like he-said she-said so how easy is it for a business to lose its license? Alderman Jim Bohl says its all about the testimony.

\"Local government cannot sanction it, either suspend it or take it away willy-nilly. You have to have a formal hearing,\" said Bohl.

\"Its a facility for them to hang out or wait until the bus comes and how can I identify if a person is a panhandler or a passenger?\" he said.

\"There's bus stops all across Milwaukee and none of the blocks that those buses are located on has this kind of disruption,\" said Bauman.

And though Alderman Bauman has said putting up a fight could lead to the business losing its food license Bohl says that's not the case.

\"They have the option to go to court and to seek judicial reprieve from the sanction that lead to them losing their license or they can wait it out and reapply for a similar license in 12 months time,\" said Bohl.

We want to point out, the businesses license expired April 30th and Gabhawala says he's already lost a good amount of income and has had to let go of two employees.

There's  a hearing on the injunction Friday.