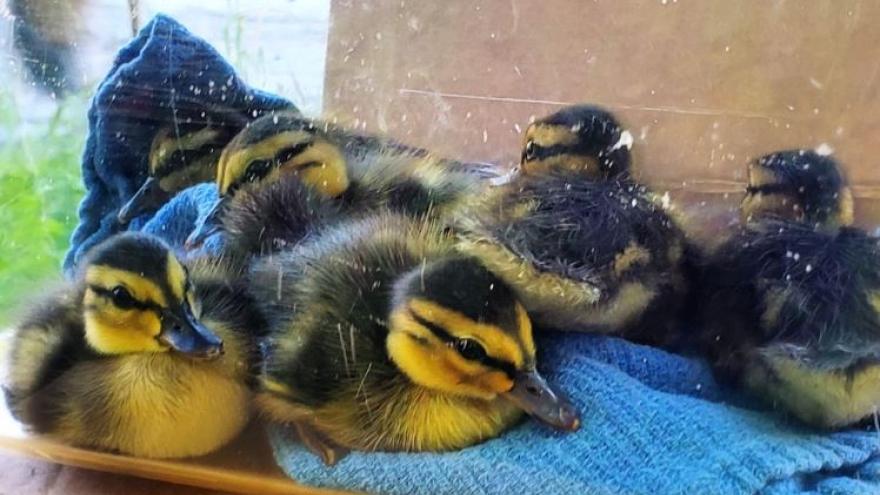 MILWAUKEE (CBS 58) -- A group of ducklings were rescued Thursday, thanks to a concerned mother and son and the collective effort of the Milwaukee Fire Department, Police Department, Wisconsin Humane Society, and a local animal hospital.

Vanessa Benning says she nearly hit a duck in the road on Capitol and Lisbon while driving her son to camp Thursday.

The mother duck was waiting for her babies, who had fallen into a sewer.

Benning says she made multiple calls all over the city, and the Milwaukee Fire Department decided to help.

Animal Care Hospital provided a net, and the fire department spent a couple hours in the heat trying to save the ducklings from the sewer.

MPD directed traffic during the rescue, and after the last duckling was retrieved, a member of the Wisconsin Humane Society arrived to help with their release.

Benning says after the rescue, the mother duck followed everyone down Capitol Drive to the Menomonee River, where she and her babies were set free.