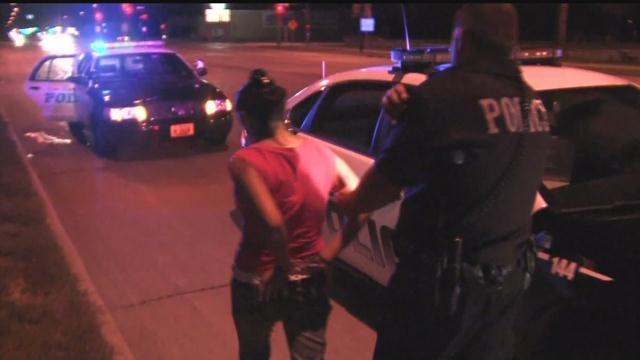 After a CBS 58 Investigation into repeat drunk driving offenders getting behind the wheel, five laws were re-introduced by State Representative Jim Ott. One of those proposed laws passed the legislature and is now waiting for the governor’s signature. It would make the 4th drunk driving offense an automatic felony.

The Jenkins family tells Investigative Reporter Sarah Barwacz that this is welcome news. The family has been brave in sharing their story about their three family members killed by a repeat offender. Judy Jenkin’s daughter Jennifer, granddaughter Courtney, and Jennifer’s unborn child were all killed in the accident.

Lawmakers say making the fourth time offense a felony is a big step. It’s the first state law cracking down on drunk driving in 7 years.

Judy Jenkins will spend her daughter's birthday signing a new law in her memory.

Jenkins says, "We're getting close to the 8 year mark, so this in a way was joyful that we can actually celebrate rather than just mourn."

It was nearly 8 years ago that a doctor, hired to save lives, ended up taking three. He was a repeat offender.

Jenkins says, "In the middle of a Friday afternoon he slammed into the back of our daughters car killing Jennifer, her unborn baby, and our ten year old granddaughter Courtney."

After Judy Jenkins shared her story, CBS 58 investigated repeat offenders and found Milwaukee had a yearly re-offense rate of 31 percent with some 12-hundred re-offenders. We spoke with one repeat offender on OWI number 8 who claimed he didn’t have a drinking problem.

State Representative Jim Ott has been championing for stricter drunk driving laws for years. State Rep. Ott re-introduced five OWI laws in hopes of making change. He says the news of the fourth OWI becoming a felony is the first big step for Wisconsin-- the only state that still allows the first OWI to be a ticket.

State Rep. Jim Ott says, “My hope is that some people, when they hear the attorney and the judge say to them, if you come back here again you'll be a felon, that it will be enough to make some people look at their behavior, the chronic offenders, and decide to change their behavior."

State Rep. Ott says, “That will give prosecutors and judges more leeway in incarcerating repeat offenders who refuse to change their behavior."

Both State Rep. Ott and Jenkins say they were happy to see the first bi-partisan support for an OWI bill in many years, but want other laws pushed through. They want to close loopholes for breathalyzers in cars, and require first time offenders to appear in court.

"We're thrilled with his progress and we hope it continues, there's other things we'd like to see done."

State Rep. Ott says he plans to invite the Jenkins to the bill signing in the coming months, which would land close to Jennifer's birthday, the same day she died with her children.

Jenkins says, "To me this is something she would do, I just know she's proud of us."

State Rep. Ott says the legislation is still on the governor's desk, but he plans to sign it.