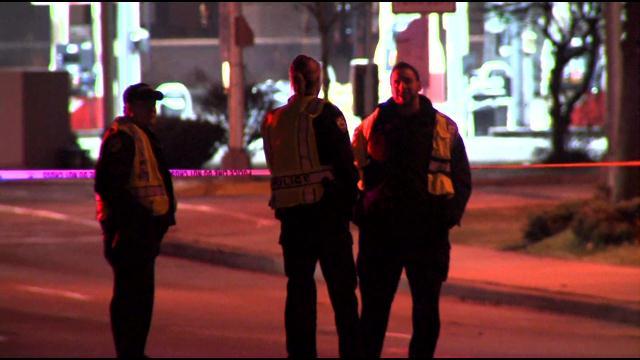 A painful goodbye after a suspected drunk driver stole the life of 20-year-old Marcus Canales.

His mother Dawn Canales and sister Cassandra say Marcus' car broke down and was walking when he was hit.

Cassandra says, \"It's just not fair, Marcus didn't deserve this, he was just trying to come home.\"

The family is no stranger to loss, their grandmother died just four days ago, and they haven't buried her yet. The family says even worse was Marcus' father had passed a few years ago. Heartbroken he isolated himself, and this year was the first time he opened back up to his family.

His sister Cassandra says, \"It seemed like he was changing and right when he was in a safe spot, this man took him from us.\"

His mother Dawn says, \"He was the last person to talk to his dad, never did tell us what they talked about. He told me he'd tell me, now he'll never get to do that.\"

The family says their only comfort is knowing Marcus is with his father. They hope their loss will save other lives this holiday season.

Dawn says, \"If you're going to drink please don't drive so this doesn't happen to anybody else, it's too painful.\"

The family recently lost another family member, they say they need some financial help in burying their son. You can donate HERE.