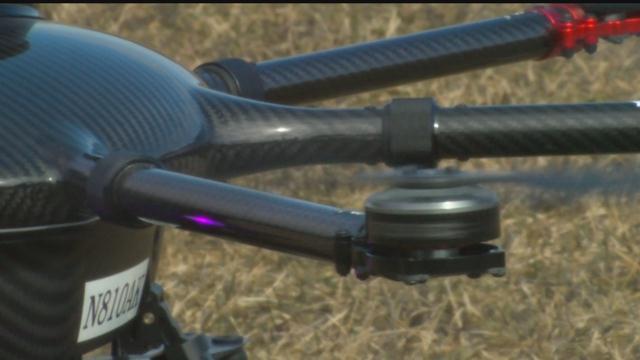 Adam Andrews is often seen with a drone.

As the Director of Operations for Aeroworks Productions, Andrews has shot the view over Miller Park and Lake Michigan with the company.

Andrews keeps his eye on new laws that will affect what's up in the air. He says the FAA is often updating rules and regulations for drone use.

The rules could change in the state too. Two bills passed by the state assembly this week, and will head to the senate.

One bill bans drone use over prisons and the other imposes harsher penalties for anyone using a drone to commit a crime.

"We're all for accountability. So, we want to makes sure that drones are being used for good not for bad. If somebody's obviously trying to drop contraband over a prison that's a big no no," said Andrews.

David Oneal and his wife are hosts of the national podcast and video series, That Drone Show.

As the unofficial face of drones, the couple has heard of such a thing happening.

"My wife and I reported on a story... and the guard at the prison rather... found a crashed drone, and it had a gun on it, and it had money," said Oneal.

Oneal he says that story happened in South Carolina a few years ago, and it was disheartening for the drone community.

"I think these laws are very much needed, and I'm 100 percent pro-drone... however there are people who want to use this technology to gain something in a criminal way," said Oneal.

The Oneal's and Andrews want these laws, but what they don't want is a fear of drones.

"People see this law as drones are dangerous over prisons; they collapse to this idea that drones are just dangerous all together... it's the educational process that's missing," said Oneal.

There are apps available for drone users so they can stay out of a no-fly zone.

"Before You Fly" and "Hover" are free from the app store, and pinpoint your location to show you if there's anything to be cautious about before operating a drone, like an airport or another no-fly zone.