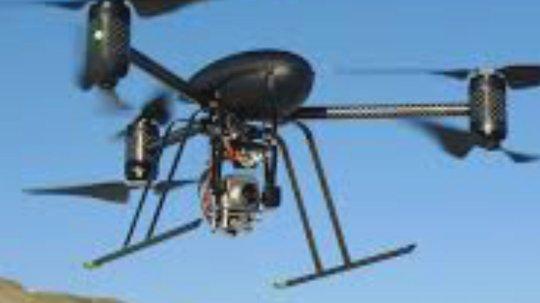 WASHINGTON (CNN) -- The owner of a small drone that crashed at the White House earlier this week is blaming technical problems with the DJI Phantom quadcopter for the apparent mishap, though the creator of the device says it's \"highly unlikely\" the device malfunctioned.

Early Monday morning, the drone's owner, who asked not to be identified, says his friend was operating the quadcopter inside his apartment which is located within 10 blocks of the White House.

The owner, who says he was not at his friend's apartment at the time, explains it was the unfortunate decision to fly the drone outside the apartment window that initially led to the embarrassing run-in with the U.S. Secret Service. But a glitch with the quadcopter's controls, known as a \"flyaway\" to drone operators, is also to blame, the owner added. Moments after the drone was flying outside of the building, it inexplicably zoomed off in an easterly direction toward the White House, the owner said.

Initially contacted by CNN on Wednesday, the drone operator declined to comment.

But his friend, the drone owner pointed to numerous on-line accounts of other \"flyaway\" malfunctions involving operators of DJI Phantom quadcopters. As reported in the New York Times, there is a Facebook page devoted to DJI Phantom users who have experienced similar mishaps.

A DJI spokesman sharply rejected the owner's story in an interview with CNN. \"For anyone to even consider operating a personal UAV in this area is almost unfathomable and displays a remarkable lack of awareness,\" DJI spokesman Michael Perry said.

\"We think a rogue 'fly away' scenario highly unlikely given the reported circumstances,\" Perry added, pointing to reports the drone operator in the White House incident had been drinking.

Still, Perry indicated DJI has encountered technical issues with its quadcopters. \"We watch for and actively address any real anomalies in our systems,\" Perry said.

However, a separate company spokesman suggested such instances are rare. \"No this is not a common occurrence. Most of the instances we've seen of this kind have been a result of pilot error,\" said Jon Resnick, DJI's Policy & Marketing Representative.

Still, \"flyaways\" are an increasing concern in the nascent consumer drone industry, particularly due to the surge in interest among amateur users who can afford to spend $500 for the thrill of flying a device that is decidedly more advanced than a toy helicopter.

In an interview with the Wall Street Journal last December, the chief executive of DJI's Chinese parent company said his staff is actively working to make its Phantoms less prone to mishaps.

\"We have to make something that cannot go wrong in any scenario,\" SZ DJI Technology Co chief executive Frank Wang told the Journal. The Journal article notes DJI's Phantoms \"are commonly featured in flyaway videos online.\"

In an interview with CNN Wednesday, DJI said it was requiring customers to download a firmware update that would prevent the quadcopters from flying in the nation's capital.

It is a violation to fly drones in Washington D.C., punishable up to a year in jail and a fine.