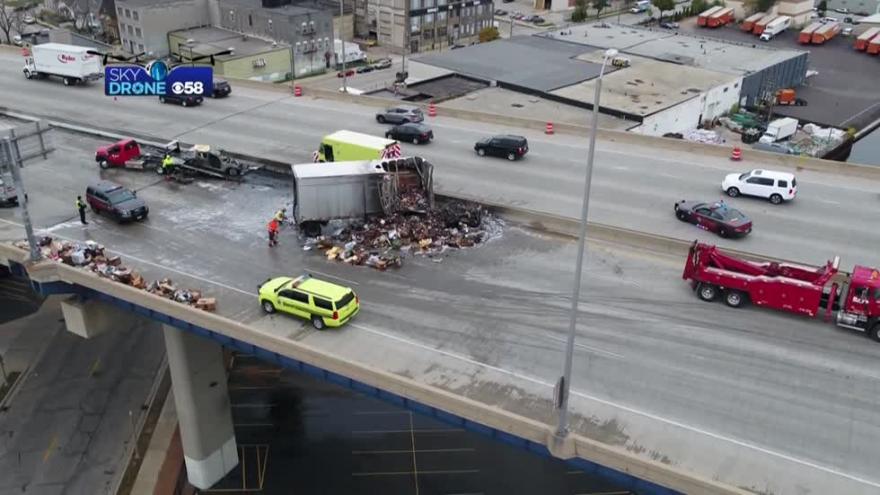 "It's scary. People don't understand the long-term effects. Lives change when you don't take these considerations head out on the road," said a woman whose brother is enrolled in a Driver's Education course.

The woman says she has seen the aftermath of bad accidents. "Being a registered nurse, I personally see every day the repercussions."

The RN is now dropping her younger brother off for driving school. "It is scary having a 16-year-old drive. But if we have a good driving school, a good job preparing."

At Arcade Driving School, they discuss the collisions that happened on the road.

"We show them articles from news clippings, things that have happened here to show it doesn't happen to someone else," said Scott Banks with Arcade Driving School.

During Friday's class, they brought up the wrong-way driver who died after crashing into a semi on Milwaukee's high rise bridge.

"It's just very sad. Loss of life for no reason when people can just slow down," said parent Sonya Newson.

The man who died in the wrong-way crash still has not been officially identified. If you're wondering what to do if you encounter a wrong way driver, see the video below.

REACT TO WRONG WAY from CBS 58 News on Vimeo.