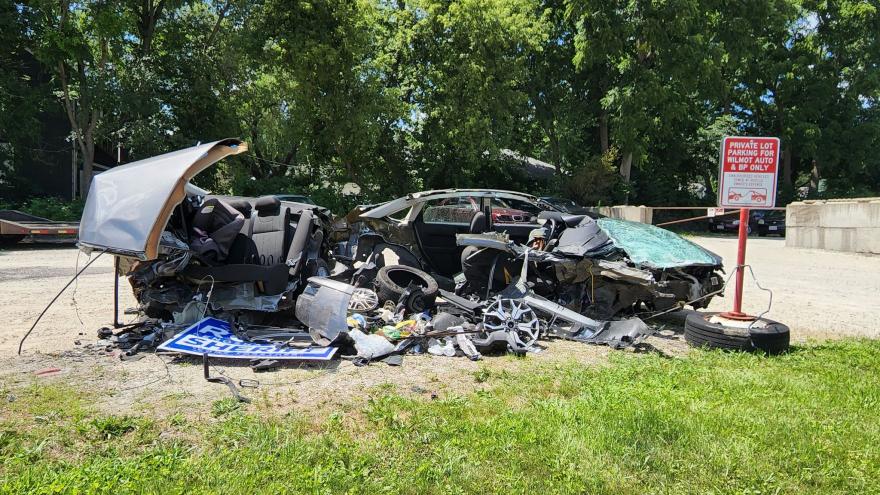 Authorities were called to the scene in the 27600 block of County Highway C just after 2:30 a.m.

Officials say a 33-year-old Paddock Lake man was driving a Ford westbound on County Highway C and swerved to avoid a Kia that had swerved into his lane of traffic.

The 33-year-old Paddock Lake man was processed for an OWI investigation after being transported to St. Catherine's Hospital with non-life threatening injuries.

The driver of the Kia, a 25-year-old man from Antioch, Illinois, was traveling eastbound and advised deputies he swerved into the westbound lane of traffic in an attempt to avoid striking a deer. He was not injured.

Both vehicles sustained severe damage and both drivers received citations as a result of the crash.