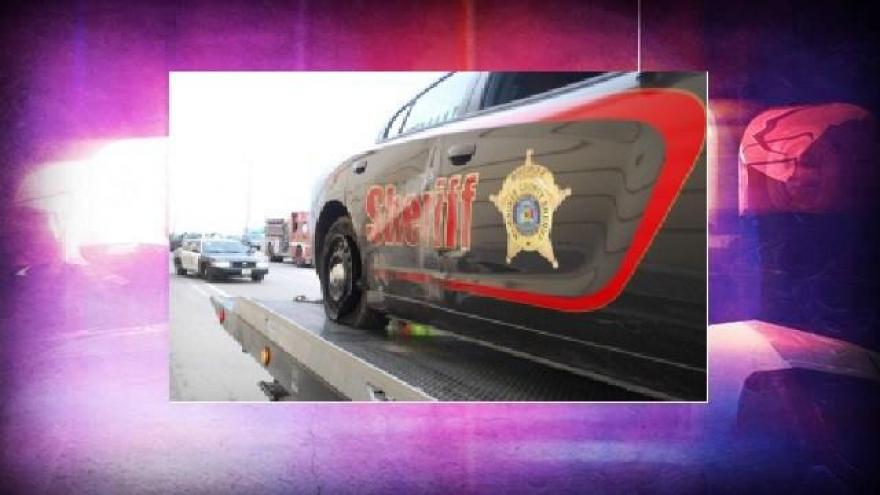 Saturday afternoon at 2:00 PM a Milwaukee County Sheriff's squad was struck while traveling westbound on I-94 at 25th Street. A deputy and a driver of the striking vehicle were transported to Froedtert Hospital for non-life-threatening injuries.

A three-year-old passenger of one of the vehicles involved in the crash was treated at the scene for a facial laceration.

Initial reports indicate a driver veered over the lane line, causing the driver in the next lane to veer in his lane to avoid being struck. The driver in the lane to the left also veered and struck the squad in the right rear passenger door and tire, causing it to spin 180 degrees, facing into oncoming traffic. The striking vehicle then struck another vehicle.