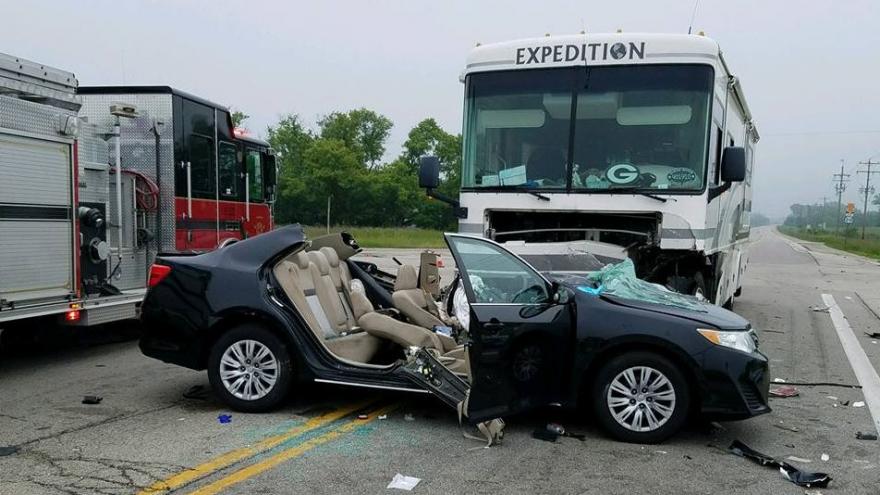 KANSASVILLE, Wis. (CBS 58) -- Just before 3 p.m. Sunday Racine County Dispatch started receiving calls of serious crash between a sedan and RV at the intersection of Highway 20 and Raynor Avenue in Kansasville.

According to the Sheriff's Office a sedan driving south did not yield the right of way from a stop sign and was hit in the drivers side by the RV driving west. The driver of the sedan was trapped in his car and required extrication.

The driver was taken to Wheaton Franciscan Ascension Hospital where he was stabilized and then taken to Froedtert Hospital for serious traumatic injuries.

The driver sustained minor injuries and refused treatment. The passenger in the RV was not injured.

The cause of the crash is under investigation but neither alcohol nor drugs are suspected as a cause.

The intersection was closed around three hours.