Driver of Stolen Car Leads Police on Chase Before Crashing 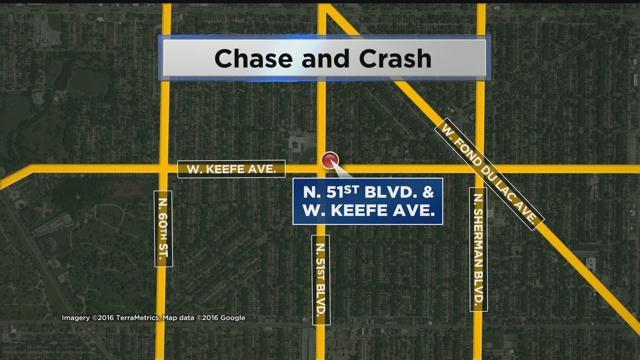 A chase and crash ended near 51st and Keefe around 7 Monday night.

Police say someone driving a car that was taken in an armed robbery was driving recklessly.

When officers tried to stop the car, the suspect didn't stop.

During the chase, the car hit another vehicle that had a woman and two kids inside.

The two suspects tried to take off, but were caught by police.

The woman in the car that was hit suffered minor injuries.

The two children were not hurt.