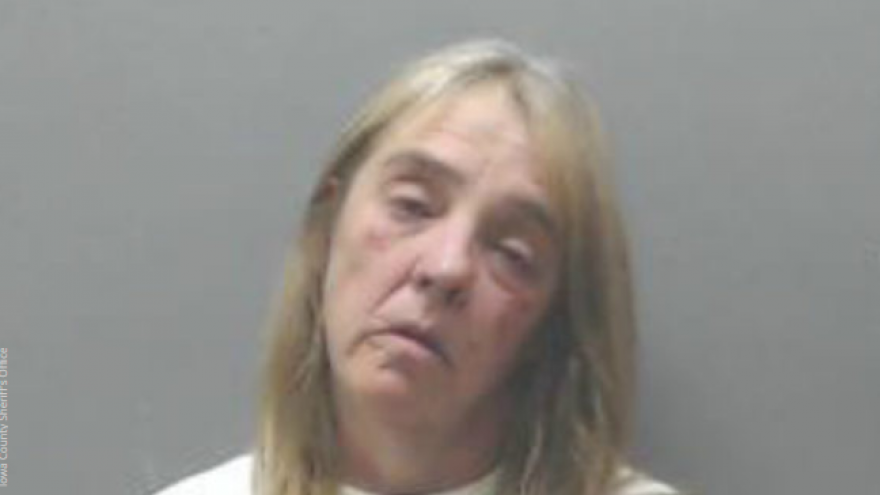 ARENA, Wis. - The surviving driver in a fatal head-on crash in Iowa County last Friday said she had been arrested three times in three days for drunk driving, according to court documents.

Kelly Johnsrud, 53, is facing charges of homicide by intoxicated use of a motor vehicle for the crash on Highway 14 near Arena in Iowa County. The other driver, 38-year-old Kevin Kaltenberg, of Hillsboro, was found dead at the scene of the accident, according to police.

Johnsrud was not arrested on the scene due to her injuries but was admitted overnight to the University of Wisconsin-Madison Hospital. A sheriff's deputy says he asked Johnsrud if she would submit to a blood test while in the hospital. The deputy says Johnsrud agreed and "made a comment stating that this is her third time being arrested for drunk driving in the last three days."

News 3 reached out to the Iowa County Sheriff's Department to confirm the prior arrests but the Sheriff was unavailable for comment.

Court records show Johnsrud was in court Thursday for an initial appearance. She is being held on a $10,000 cash bond.

The crash was initially reported to the Wisconsin State Patrol at 7:12 p.m. on Highway 14 near Coon Rock Road in the town of Arena.

According to the report, a red sedan was headed east on the highway when it deviated into the westbound lane and struck an oncoming pickup truck head-on.