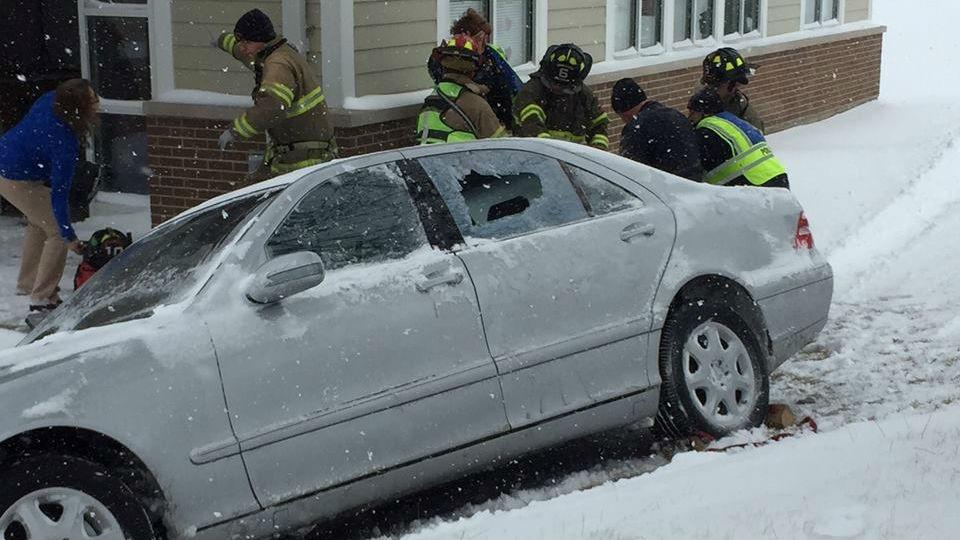 At approximately 1:50 PM Tuesday, March 1 South Milwaukee Fire Department received notification from Dispatch of a car that struck a building in the 3600 block of South Chicago Avenue at the Lakeshore Medical Clinic. Officers arrived on scene first, gained access to the pulseless and non-breathing driver and removed him from the vehicle.

As evidenced from the pictures, the vehicle did not strike the building and, in fact, missed several objects including a for sale sign, a fire hydrant, and a row of bushes before coming to rest near the clinic on the side of the small hill.

The driver was pronounced deceased on the scene.