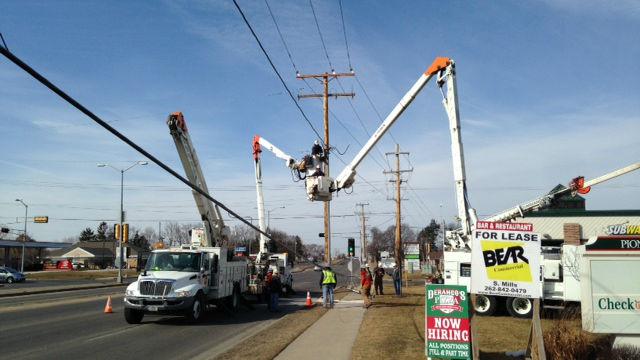 Mount Pleasant Police were responding to an alarm in the 5600 block of Washington Ave around 11:20 PM Saturday night when they heard what sounded like gun shots in the area.

Officers searched the area and found that a car hit a utility pole near Washington Ave and Emmertsen Road.

The utility pole had transformers on top of it which fell to the ground and pulled down power lines in the area.

Officers secured the scene due to the live wires and We Energies crews were called.

Police said that the 50-year-old driver from Mount Pleasant was operating with a suspended license and operating under the influence.

He was arrested for OWI and other traffic offenses and his severely damaged vehicle was towed from the scene.

The driver stated that he bumped his knee during the crash, but refused any medical attention.

The area was shut down for hours and traffic was diverted while repairs were being made.