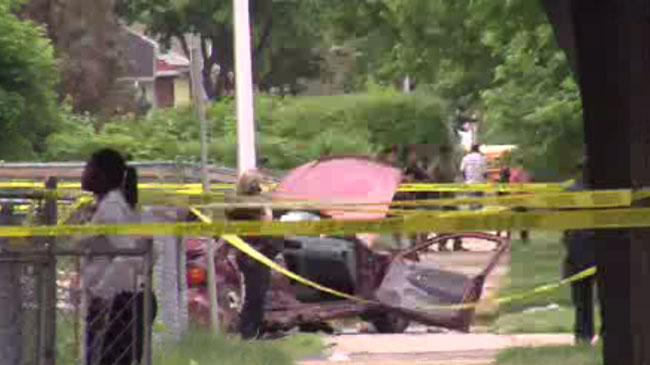 UPDATE: Police sources confirm the 18-year-old arrested in fatal crash at 39th and Hadley was involved in a recent carjacking and pursuit in Washington County.

Milwaukee Police arrested an 18-year-old man, suspected to be the driver of the Audi that caused a double fatal crash near N. 39th Street and W. Hadley Street. It happened on May 27.

The 8-year-old boy was taken off life support and passed away Sunday.

Seven people were hurt in that crash.

A 46-year-old woman was thrown from the car and died on the scene.

Teen arrested for crash that killed grandmother and 8-year-old remains in custody.