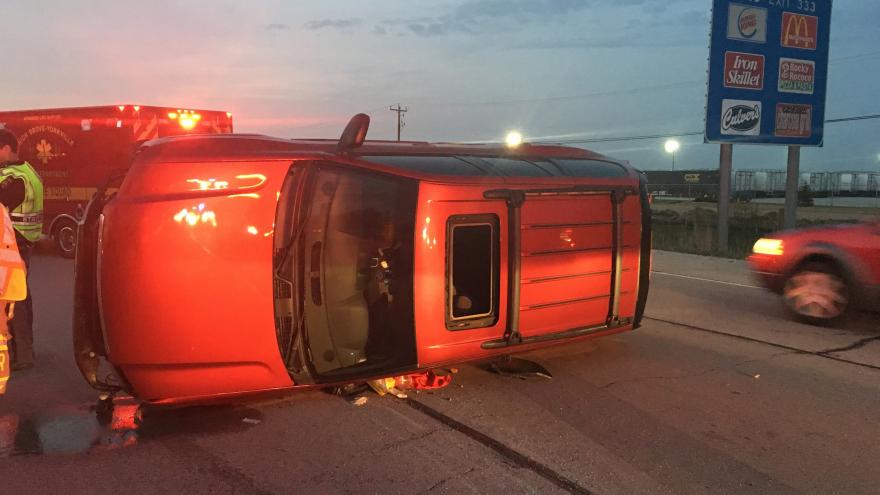 RACINE COUNTY, Wis. (CBS 58) -- Sunday evening just after 8 p.m. Racine County Sheriff's Deputies were dispatched to a rollover crash on I-94 north between State Highways 11 and 20. Witnesses said the car was going north when it tried to change lanes, over corrected and lost control.

The 28-year-old woman that was driving tipped the car onto its driver's side and sustained minor injuries.

A 30-year-old man in the car was also injured in the crash.

Both driver and passenger were treated on scene and released.