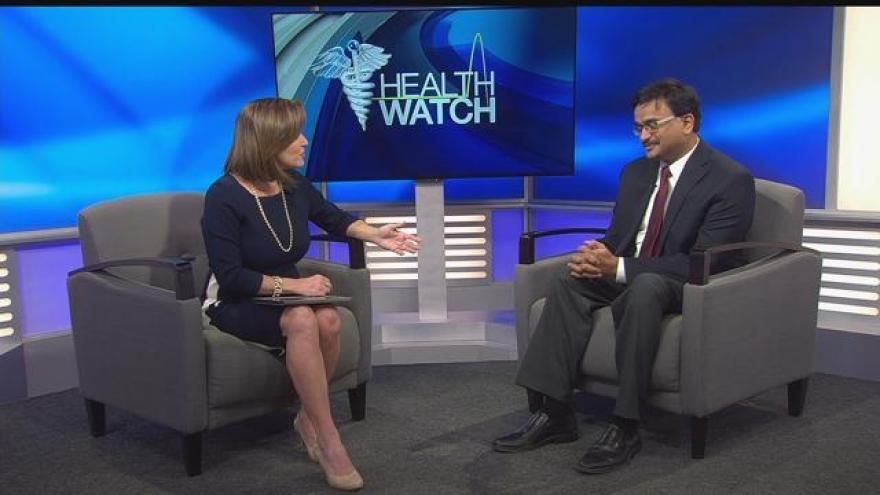 Local expert  Dr. Arshad Jahangir with Aurora Health Care and Aurora’s Center for Integrative Research on Cardiovascular Aging was a special guest on the CBS 58 News at 4 to discuss its potential impact.

The study was done by a gene expression laboratory in California where they did some general testing on mice with a rare disease that causes them to age prematurely and die early, and then on human cells.

The researchers started the treatment in mice when the animals were eight weeks old and then repeated the treatment, in short bouts, throughout the animals' lives. The researchers saw striking results: The mice looked younger inside and out — they showed less curvature of their spine with age, and their organ function improved. Their cells also appeared to have fewer molecular signs of aging than did those of untreated mice.

When the researchers treated normal mice that had reached an old age, they saw that some of their cells had an improved capacity for regeneration — the cells in their muscles and pancreas healed more quickly after an injury, compared with older mice that didn't receive the anti-aging treatment.

The researchers also studied human cells that had been genetically tweaked so that they could "turn on" the Yamanaka factors after treatment with a chemical.

When they treated these cells, the signs of aging in them were reversed, and the cells appeared younger on a molecular level.

While this is only one study and mice are not humans, it certainly shows that some progress is being made in the field of genetic therapies.

Yamanaka factors are specific to have the ability to “turn on” four genes using stem cells.

Stem cell therapy is a growing way scientists are looking to treat certain diseases. Stem cells have the remarkable potential to develop into many different types of cells in the body and grow, and also often serve as an internal repair system.

When a stem cell divides, each new cell has the potential either to remain a stem cell or become another type of cell with a more specialized function, such as a muscle cell, a red blood cell, or a brain cell.

Yamanaka isn’t new, and using genetically created sells for similar testing, many people are looking this same type of study that may have implications years down the road for people.

Locally, doctors are doing some of this type of research here in Milwaukee at the Aurora Research Institute at Aurora Sinai.

One cell-based therapy they're researching right now is heart failure, and how we could possibly look to reverse it.

The team has grown what is beating heart tissue called an induced pluripotent stem cell (or iPSC), and new heart therapies will be tested on it.

Why should this matter to people?

It’s important for people to understand that constant research is in the works and is helping change the way we may treat people in the future.

And I also think it’s really pretty neat that this type of world-class care is being done right here in Milwaukee at Aurora.

Aurora takes care of more patients than any other health care system throughout the state, so by collecting even small cell samples from patients, we are able to test how different therapies will respond to these created genes from people just like us.

This new treatment method of creating these mini cell-based hearts also might allow for the elimination of testing on animals and embryotic stem cells.