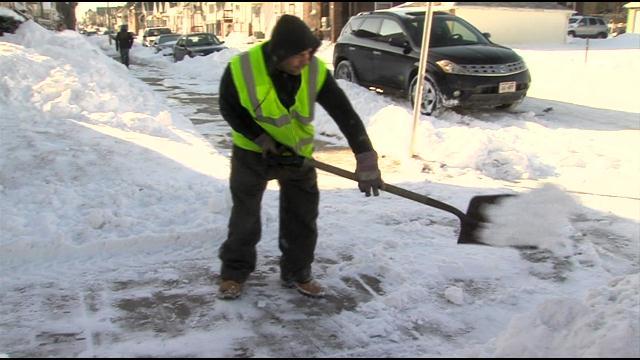 A Milwaukee man who complained to the city about snow removal gets results.

Scott Slaski woke up Tuesday morning to find a load of snow, including big, solid chunks, burying his sidewalk. He said it's the result of a city plow that was clearing the road near his south side home.

He had just spent six hours the day before clearing his sidewalks and refused to pick up a shovel again. Instead, he picked up the phone and called the city. Just hours later on Tuesday, the sidewalk was back in the condition Slaski left it.

Slaski tells CBS 58 a supervisor immediately called an employee to remove the snow. The crew not only did that, but also put down salt.

The Navy veteran and taxpayer says he's satisfied and even more relieved to avoid the back-breaking work, at least for now.

\"I can have a nice clean sidewalk and look forward to the next one (snowfall), the three we're getting tonight,\" he said. \"I've lived here all my life and am probably going to shovel snow until the day I die. Hopefully it won't be today.\"

A Department of Public Works supervisor said plow crews are trained to go as slow as possible to avoid these situations.

Residents who have questions or complaints should call 286-CITY.