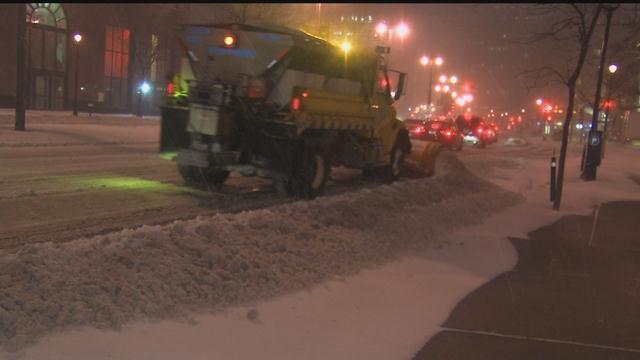 DPW answered some tough questions this morning after city leaders and residents were upset about the time it took for them clean up the streets after last week's snow storm.

It began with an apology from DPW on the handling of last week's winter weather emergency.

After the storm, many Common Council members criticized the policy.

Today, DPW and Sanitation officials gave the committee a play-by-play of what goes into the decision making process.

They said they exhausted all the resources they could use to clear city streets, but the national weather service predictions versus what actually happened posed some challenges.

That didn't sit well with some committee members.

"I had streets that did not even get one plow, until 9 o'clock Tuesday night, that is not acceptable, and all I'm hearing from you is excuses, "oh it's so terrible it was all this, it was all that." You put those poor drivers in harms way because they were sitting ducks," said Alderman Mark Borkowski.

DPW officials say they had some drivers who were hired late in the season and still needed to complete training.

They also called in independent contractors to help with the effort.