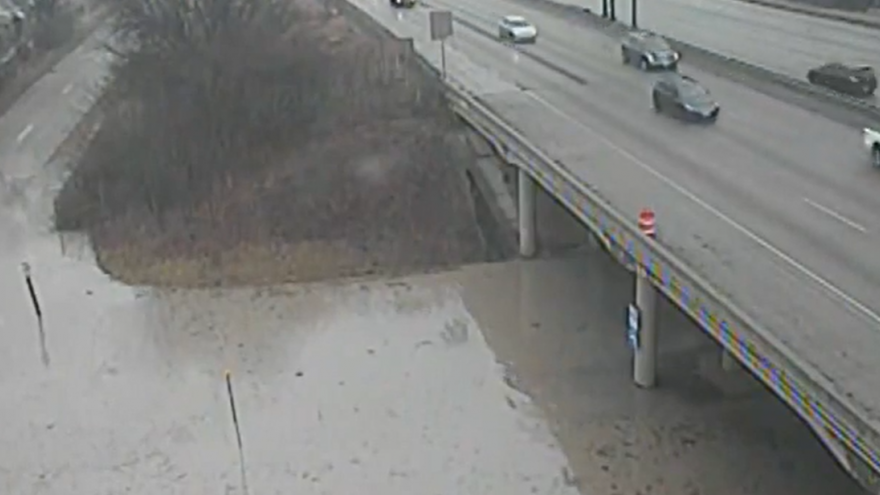 More than 24 hours after a large water main broke, crews are still out working to reconstruct the pipe.The broken water main caused nearby homes, streets and cars to flood.

Dozens of homeowners spent Sunday morning hauling out soaked possessions and hiring restoration companies, hoping to get their homes cleaned up before it gets colder outside.

"I didn't expect my weekend to go like this. I really didn't," said Maria Santoy, who has lived in her house on 60th Street for 42 years. "Everything's damaged: the whole basement, my washer and dryer is damaged, my freezer, my refrigerator downstairs, my heater and my water heater. Everything's shot."

A spokesperson for the Department of Public Works said crews installed a new valve Saturday to restore water service to the neighborhood. Crews were working to reconstruct the pipe Sunday and then they can start to repair Hawley Road.

The department said it does not anticipate Hawley Road being reopened to traffic Sunday.

Santoy said her basement had five feet of water, and it’s not just her home she’s worried about.

“My car got damaged, too. The water went up to where the seats are, and it won't start,” she said.

DPW says inspectors will come to affected homes to give residents information about filing claims, and residents are hoping that will be enough.

“I need major help from the city. I can't do this on my own,” Santoy said.

The city also has a claims process for homeowners that DPW encourages them to use if they have damage from the floodwaters.