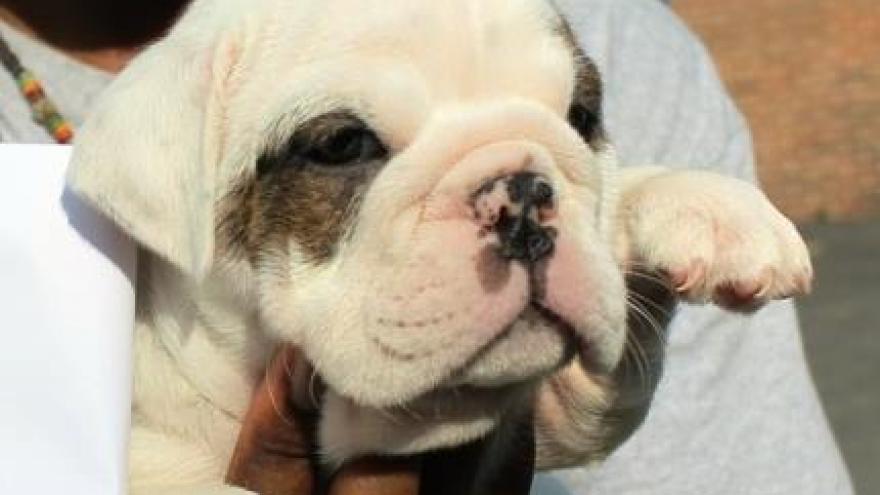 TETERBORO, N.J. (CBSNewYork) — More than two dozen puppies, both French and English bulldogs, were found stuffed in the back of a hot van in northern New Jersey over the weekend.

The Bergen County Animal Shelter says when they were called to an area Walmart parking lot, they couldn’t believe what they were seeing.

As CBS2’s Erin Logan reported, a total of 26 puppies were rescued from a van parked outside the Walmart Supercenter in Garfield.

“They were literally on top of each other,” Bergen County Director of Animal Services Deborah Yankow said. 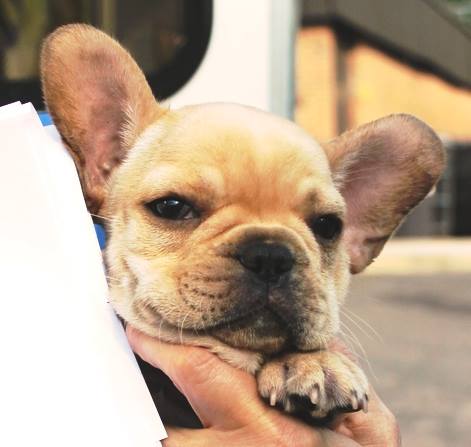 Yankow said the pups were in two crates. When investigators from the Society for the Prevention of Cruelty to Animals were called for immediate assistance Saturday afternoon, she didn’t know what to expect.

“It was a ninety-degree day, they were all overheated,” Yankow said. “They’re all short nosed puppies which have a very serious reaction to heat normally, let alone in the back of a car.”

Yankow said the puppies were immediately put into the shelter’s van, so severely dehydrated that they, “literally jumped into the water bottles.”

They were then taken to the county shelter in Teterboro, where Yankow says they’re doing much better than when they were found but remain in isolation.

As for the investigation into where the puppies came from, Yankow says she got some surprising information in the Walmart parking lot.

“One of the drivers told me she was taking them to Florida,” she said. “There was paperwork with them and it was determined, we believe, they might’ve been flown from Colombia.”

Yankow tells CBS2 she noticed three people being questioned by the SPCA as to why they were driving these pups around and where the one-to-three thousand dollar dogs would be sold.

The SPCA did not return CBS2’s phone calls requesting comment, while police in Garfield say they were simply called for assistance and are not currently involved in the investigation.

Since rescuing the over two dozen baby bulldogs, Yankow says she’s concerned there may be a trend of flying bunches of puppies in from out of the country to be sold in the United States.

“Another animal control agency in New Jersey called me this morning,” Yankow said Monday. “They had a similar situation with the same type of puppies from the same area — Colombia. So we’re thinking there may be some connection there, we don’t know that yet.”

Yankow is hoping to get some answers soon. In the meantime, the shelter, as well as Garfield Police, have been flooded with phone calls about how and when the prized pooches will be available for adoption.” 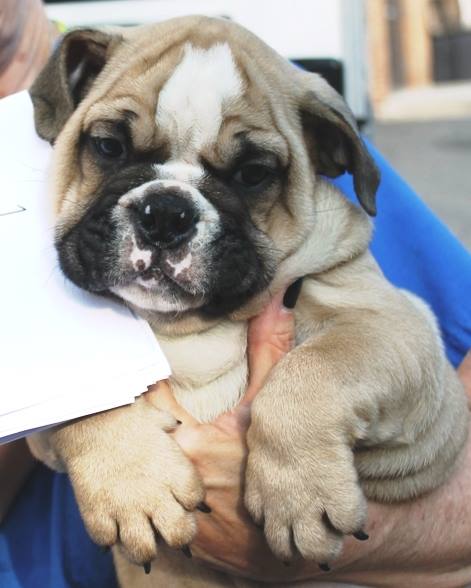 “We don’t know what they may or may not be carrying disease-wise, so they will be in isolation for about three weeks,” she said, meaning that — coupled with a lengthy investigation — it could be a few months until you can give one of the Bulldogs a forever home.

CBS2 placed numerous phone calls to the Bergen County Prosecutor’s Office, none of which were returned.