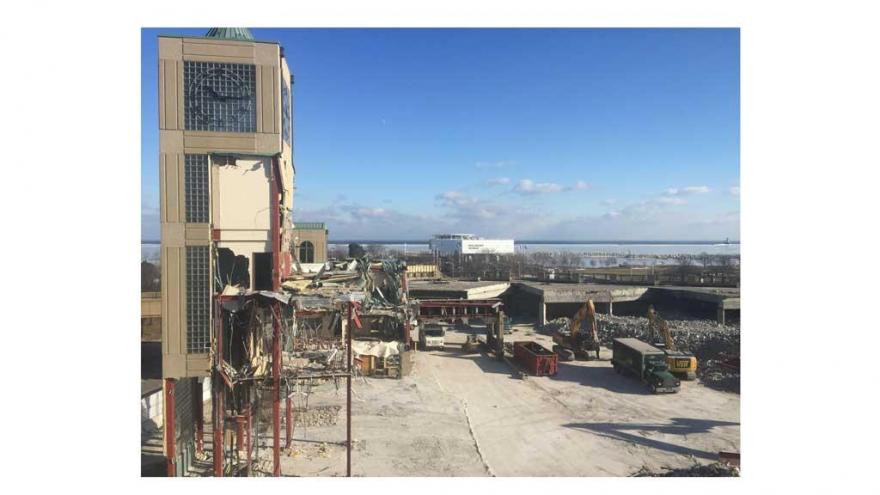 The downtown transit center's clock tower is coming down in Milwaukee.

Crews have been tearing down the transit center since last fall.

Now one of the most visible symbols of the building, the clock tower, is coming down.

It is scheduled to happen Saturday morning between 7-and 8:30 in the morning.

This work is being done to make way for the Couture which will have hundreds of apartments retail space and be a transportation hub.

What is going to replace it will be I guarantee an icon for this city you have seen the renderings, they are beautiful.

What it's also going to be is a symbol of the revitalization of the city, at the gateway of the city

The downtown transit center is pretty new by most people's standards it was completed in 1992.