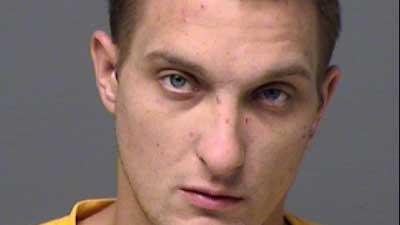 A Downtown strong armed robbery suspect has been charged after two citizens held him down while waiting for police after he grabbed a woman’s purse, according to Milwaukee Police.

District One officers responded to the 100 block of East Kilbourn Avenue around 11:45 AM on September 18.

When they got to the scene, they saw two citizens holding down the suspect, 25-year-old Jake K. Klug of West Bend.

The officers talked to the victim, a 22-year-old Milwaukee woman, who said she was walking when the suspect approached her, grabbed her purse, and fled on foot.

The woman screamed for help and a nearby citizen was able to stop the suspect and detain him until police arrived. Officers recovered the victim’s purse and returned it to her. Klug, who has a criminal record dating back to 2007, has been charged with one count of robbery and faces up to 15 years in prison or a fine of $50,000 if convicted.