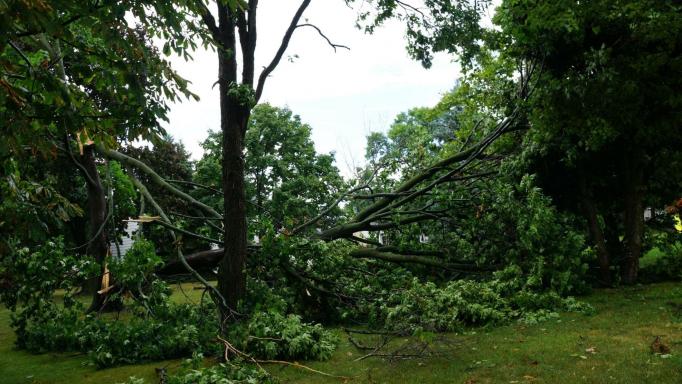 No sooner did some much needed rain fall in part of Southeastern Wisconsin Wednesday afternoon, than damage reports started coming in.

West Allis seemed to bear the brunt of the storms.

Trees down in several locations from 60th and Beloit to 78th and Lincoln.

"I just saw this tree pulled right out of the ground," said Ryan Conner who sent some photos to the CBS 58 Newsroom of the scene in West Allis.

Some of the trees appeared to have the branches sheared off.

Other trees had been uprooted.

We Energies is reporting some 1,200 customers without power.

The National Weather Service is investigating the possibility of a micro-burst. The search area is around the south side of Milwaukee.