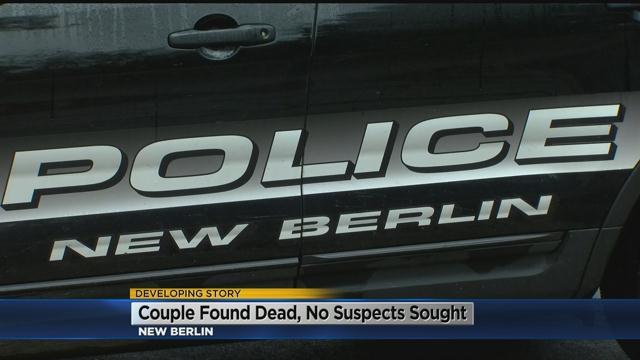 The New Berlin Police Department responded to Hickory Trail in New Berlin around 6:33 AM Wednesday morning.

A man called 911 and then ended the phone call. The dispatcher was unable to get the man back on the phone.

Officers arrived at the home and found the front door open. After police entered the home, the smelled burnt gun powder and found two victims, a man and a woman. The victims were in a bedroom with gunshot wounds. The man had died from his injuries but the female victim was still alive when police arrived.

Neighbors are shocked here by the incident in New Berlin.

They said the couple usually kept to themselves, but they never expected this.

Police said it was a 76 year old man and his 71 year old wife who were both found shot in their home this morning.

New Berlin Police said they are not looking for any suspects and that there is no sign that anyone forced their way inside the house.

When police got to the home they found the man dead and his wife still alive.

She later died at the hospital.

“The dispatcher asked him for more details and he just repeated help was needed here and that's all he said,” said a New Berlin police officer.

A neighbor said the couple didn't have kids, but many of the neighbors said they knew this couple because of their three dogs.

Police say all of the animals inside the house are okay.