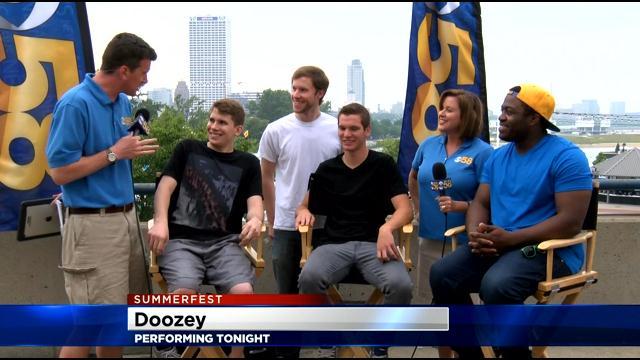 Before they hit the stage at Summerfest, Appleton based rockers \"Doozey\" stopped by to chat live with Bill and Michele on the CBS 58 News at 4:30 p.m.

While their style has been described as Pop Rock, Alternative, and Indie one word that best describes their personalities is fun.

The band played along posing for selfies. CBS 58 is asking you to take pictures of yourself at Summerfest and post them on instagram at #cbs58selfie.

Andrew VanDusen, Ryan Patterson, Michael Moede,  and DeAngelo Harris make up the group. They met either through school or work which was at Culver's. All had been in bands before but this combination has brought them the greatest success.

They burst onto the Summerfest radar last year as the runners-up in the \"Land the Big Gig\" contest.

\"We just want people to have fun and dance,\" they explained. \"We want folks up on the bleachers and the Summerfest crowd is always great, always sharing.\"