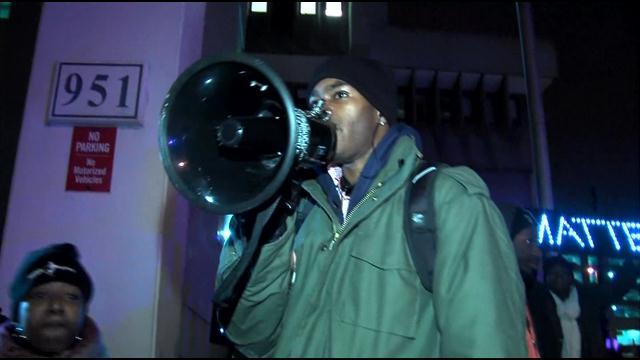 They are now asking for a federal civil rights investigation.

\"As of today, the family and attorneys have been provided no evidence supporting Manney's claims of an alleged vicious attack by Mr. Hamilton,\" said Safran in a written statement.

Chisolm's report indicates that Hamilton's DNA was found on the short end of Manney 's baton.

The family insists that photos of the officer show no signs that he was struck with the baton.

Manney went to Red Arrow Park back in April because of complaint calls that came in about a sleeping man from a nearby Starbucks.

Manney was unaware that a pair of officers had already spoken with Hamilton twice before and decided he was not doing anything illegal.

Manney did a pat down of Hamilton who was recently diagnosed with paranoid schizophrenia.

Manney lost his job because of the pat down because, according to Chief Ed Flnn, that was a break from procedure when dealing with the mentally ill.

The Milwaukee Police Department, like the D.A., determined Manney using his gun to stop the violent confrontation with Hamilton was justified.

The Hamilton family is still upset that misinformation was given out in the days after the shooting and have lingered and given a false impression of Hamilton.

Among the characterizations that were false:

Hamilton was homeless-not true, he had a apartment and had an i.d., wallet and cell phone on him at the time of his death.

Hamilton had lengthy record-not true, he had a history of traffic violations, nothing criminally violent.

Hamilton had long history of mental health issues-not true, he was diagnosed with paranoid schizophrenia a couple of the years prior to the incident and his family were actively involved in treatment.