Don't want to go to the grocery store? Here are alternative ways to buy fresh food

MILWAUKEE (CBS 58) -- If you're looking for ways to get fresh food without going to grocery stores, look no further. Between drive-thru options and delivery services, food suppliers and farmers are coming up with new creative ways to get food to their customers.

"Drive Thru at the Farm" was launched Friday afternoon. Anyone can pick up boxes of fresh produce, meat and some other items in prepackaged grocery boxes.

The new drive-thru service allows customers to buy the grocery boxes without leaving their cars. There are two options: one is $15 and the other is $25.

"I don't want to go to the grocery store if I don't have to," said Rodney Bourrage, who bought a grocery box Friday afternoon. "I have a bunch of frozen stuff at home, but the fresh produce is something you've got to find a way to get every week or every other week."

Thomas Schmitt from the Ultimate Farm Collaborative got the idea while talking to people in the food industry during his day job as CPA.  He learned that a ton of fresh food at Sysco was at risk of going to waste. 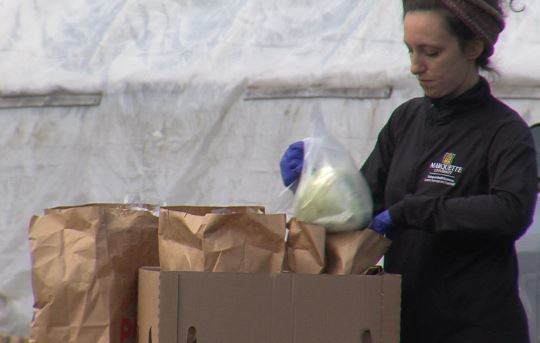 "They have an overabundance of supplies because they typically supply schools to school programs, and restaurants, conventions, bars," Schmitt said. "So while grocery stores are running out of food, Sysco for instance and other suppliers like that, they're backing up."

They have 500 boxes, which will be available until they run out.

Organizers added another date, Sat. April 11 from 9 a.m. to 3 p.m. You can follow information about future dates here.

If you miss going to Milwaukee's farmers markets, now the markets can come to you.

The owners of Olden Organics farm in Ripon got together with other farmers who usually sell their products at farmers markets, and are now making deliveries in the Milwaukee area. 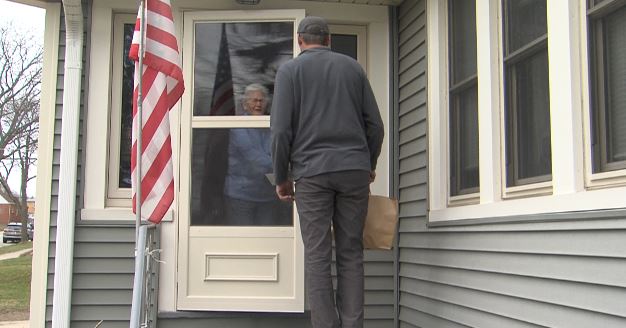 The farm's owner, Richard Vinz, said after the markets closed, he and his wife scrambled to figure out how they could continue to sell their products and keep their employees paid.

"For some of the farms, the farmers markets are 100 percent of their revenue," Vinz said. "For us, it's about 50 percent of our revenue stream."

Linda Orlando, who lives in Milwaukee, said when she learned what Vinz was offering, she immediately jumped on it.

"After becoming vegan four years ago due to breast cancer, I live at the farmers markets," Orlando said. "I just love going there and shopping and interacting with all of the farmers. You get to know them personally."