Donald Trump's First 100 days: A breakdown of his plan 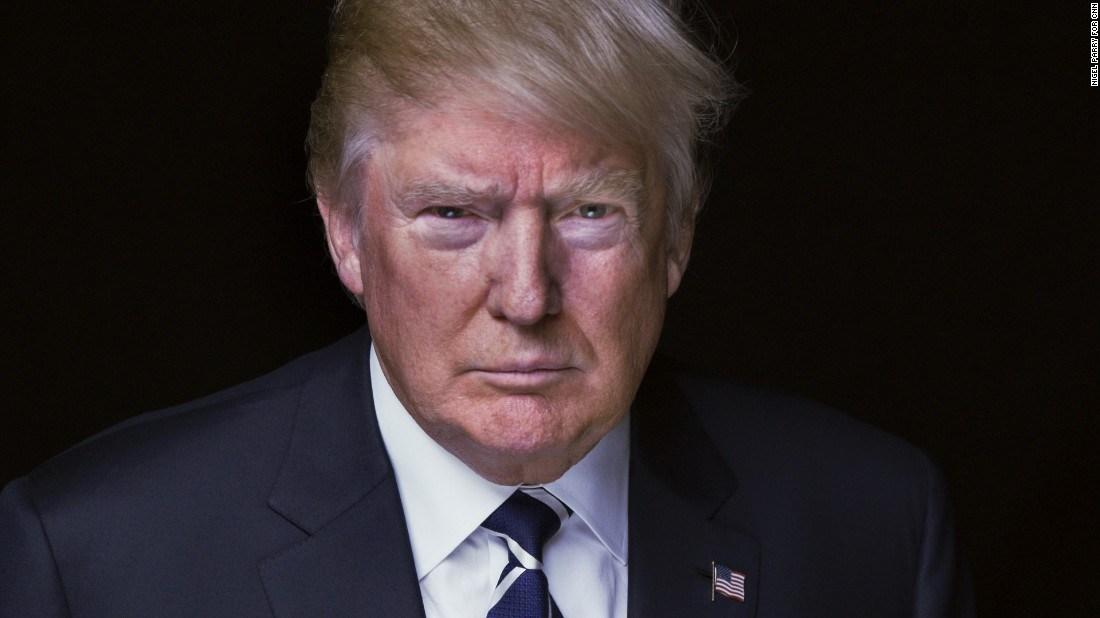 (CNN)There was no mention of building a wall along the Mexican border. There was nothing about repealing Obamacare. But President-elect Donald Trump has plenty to do in his first 100 days in office.

In a video address on Monday, Trump outlined his priorities in his quest to "put America first." Trump's list focused on steps he could take with executive actions, avoiding the need to go through the US Congress.
Here's a breakdown of his plan.
Trump says he intends to withdraw from the Trans-Pacific Partnership negotiations and replace it with "fair bilateral trade deals."
The move will shatter President Barack Obama's aim of strengthening US influence in Asia and could leave the Western world's trade agenda in disarray. The TPP, which was aimed at linking the US economy with 11 countries around the Pacific, took years to negotiate.
"The TPP without the United States is meaningless," Japanese Prime Minister Shinzo Abe said Monday during a visit to Argentina.
Some experts claimed that the TPP would kill jobs and worsen income inequality across the 12 nations, particularly in the US. Both Trump and Hillary Clinton spoke out against the 12-nation would-be bloc, which is responsible for 40% of world trade.
During a campaign speech in Ohio in June, Trump said the TPP was "another disaster done and pushed by special interests who want to rape our country -- just a continuing rape of our country."
Throughout his campaign, Trump was consistent in his promise to reduce environmental restrictions. Now he is vowing to deliver on that.
In his video, Trump says he will "cancel job-killing restrictions on the production of American energy, including shale energy and clean coal" and create "many millions of high-paying jobs."
Though he doesn't specifically mention it by name in Monday's video, one of Trump's primary targets has been Obama's Clean Power Plan, which many critics see as a "war on coal."
The plan, which Trump has previously said he would scrap, targets existing coal-fired and natural gas power plants in an effort to reduce greenhouse emissions in the US by as much as 32% by 2030. It is expected to go before the Supreme Court in early 2017.
Trump has previously claimed that climate change is a "hoax" led by the Chinese, though he later claimed he was joking in those remarks. He has also promised to "cancel" the historic Paris Agreement struck last year.
Trump says he will formulate a "rule that says for every one new regulation, two old regulations must be eliminated."
He has previously spoken of his desire to ax the Dodd-Frank Act, which was created after the financial crisis to abide by a litany of new rules to prevent another crash.
Dodd-Frank authorized the Fed to require Wall Street banks to hold more cash on hand than they previously had to. That has pinched banks' profits margins in recent years. Legal costs have also markedly increased for big banks since Dodd-Frank became law.
The Fed also does annual "stress tests" to simulate whether the bank was strong enough financially to withstand another financial crisis.
All that regulation has triggered huge backlash from Wall Street and Republicans, including Trump, though he has also supported stricter regulations in the past.
In May, Trump told Reuters his regulation policy would be "close to dismantling Dodd-Frank."
Trump says he will establish a cyber-review team made up of members of the military, law enforcement and private sector.
He wants to audit the security of the federal government's computer systems and strengthen the hacking division of the US military.
Trump also wants to "develop the offensive cyber capabilities we need to deter attacks by both state and non-state actors and, if necessary, to respond appropriately."
The US government is credited with having some of the most dangerous hacking tools on the planet.
Yet these weapons haven't deterred Russia from hacking into the Democratic National Committee, or China from hacking into American companies, or Iran from hacking into an American casino.
During the final weeks of his campaign, Trump outlined big plans for his first week in office when it came to immigration.
Trump told his supporters that his plan "ends illegal immigration and suspends immigration from terror problem regions." He also said he would "stop illegal immigration, deport all criminal aliens."
In his latest video speech, Trump says he will "investigate all abuses of visa programs that undercut the American worker." However, he didn't mention the stand-out campaign promise to build a wall along the US border with Mexico.
In October, Trump said he would call for a two-year mandatory minimum federal prison sentence for those who illegally re-enter the US. He also suggested a five-year minimum sentence for those with prior felony convictions, multiple misdemeanors or two or more previous deportations.
At the moment there is no mandatory minimum, but undocumented immigrants who seek to re-enter the US can face up to two years in prison. Those with felonies face up to 10 years behind bars.
Trump promised to "drain the swamp," so it's little surprise he has focused his ire on lobbyists.
The move will prohibit officials from becoming a lobbyists for five years after leaving government.
"Why that is crucial is that it goes back to Mr. Trump's goal of making sure that people aren't using the government to enrich themselves and using their service in government to do that," Republican National Committee spokesman Sean Spicer said last week.
During his interview on "60 minutes," Trump conceded that his transition team was littered with DC insiders.
"Everybody's a lobbyist down there," he said.
"That's the problem with the system -- the system," Trump said. "We're doing a lot of things to clean up the system. But everybody that works for government, they then leave government and they become a lobbyist, essentially. I mean, the whole place is one big lobbyist."
Share this article: