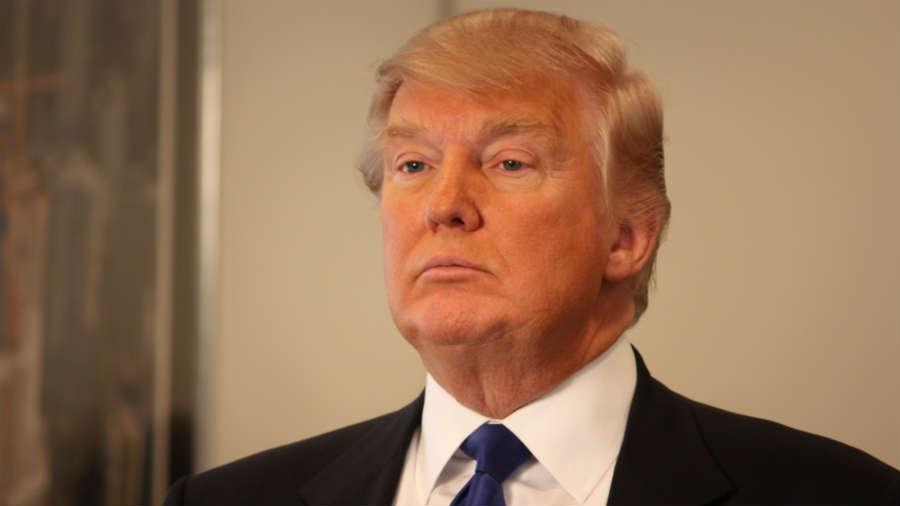 (CNN) Donald Trump said Wednesday that he would receive North Korea's dictator for a visit to the United States and again rejected criticism over his willingness to sit down with Kim Jong Un.

"What the hell is wrong with speaking?" Trump asked during a campaign event here, while conceding that he would have a very slim chance of convincing the North Korean leader to abandon his country's nuclear weapons program.

Trump reassured his supporters that he would not travel to North Korea to meet with Kim but would instead host Kim on U.S. soil -- though not with an official state dinner.

"I wouldn't go there, that I can tell you. If he came here, I'd accept him. But I wouldn't give him a state dinner like we do for China and all these other people that rip us off," Trump said before diving into a critique of the tradition of hosting lavish dinners for visiting world leaders.

Presumptive Democratic nominee Hillary Clinton has criticized Trump for being willing to sit down and negotiate directly with the North Korean leader, who has consistently antagonized allies and brutally oppressed his citizens.

Trump fired back on Wednesday, calling Clinton "a rank amateur."

The presumptive Republican nominee also addressed the nuclear weapons of another country, suggesting that Russia's nuclear arsenal is more advanced than the United States.

"Frankly, (Russian President Vladimir) Putin has built up their military again and again and again. Their military is much stronger. He's doing nuclear, we're not doing anything. Our nuclear is old and tired and his nuclear is tippy-top from what I hear. Better be careful, folks, OK? You better be careful," Trump said, though he didn't offer any evidence for his statement.