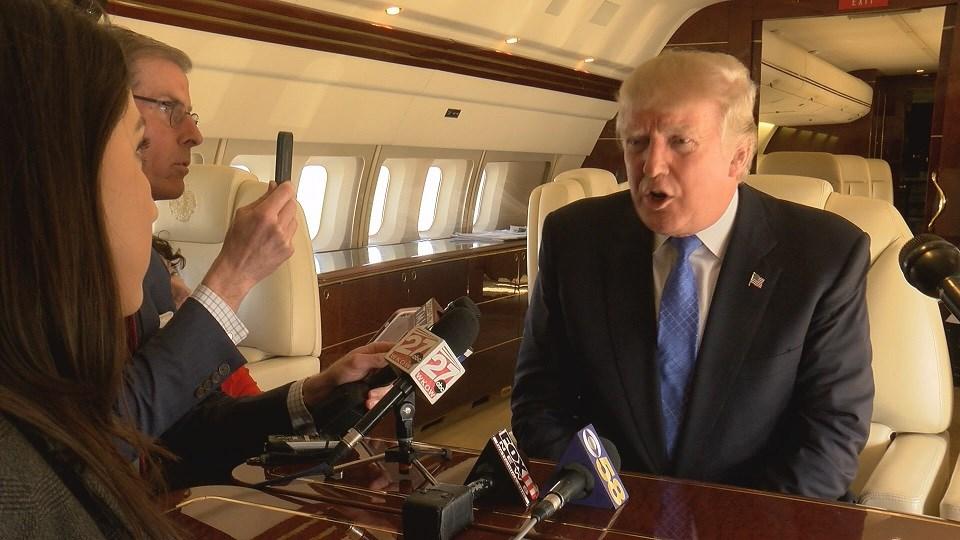 Donald Trump held a rally at the Holiday Inn in Janesville to campaign before the Republican Milwaukee Town Hall hosted by CNN.

Outside of the hotel there were supporters and protestors and for the most part it stayed peaceful.

A group of reporters received access to Trump on his airplane before the rally. Trump responded to his campaign manager being charged with misdemeanor battery after Jupiter, Fl police said he grabbed a reporter.

“Those tapes to me are very conclusive, a lot of people are looking and saying how can anybody be charged,” Trump said. “She was actually, if you look at her she's grabbing at me and he's acting as an intermediate and trying to block her from doing that.”

Trump responded to Wisconsin governor Scott Walker not endorsing him. Walker announced he was supporting Ted Cruz. Trump said he wasn’t expecting his endorsement and didn’t think it would affect him in the primary.

Trump also criticized Walker and said the state is in turmoil.

“Wisconsin is not doing well,” he said. “People can say that's insulting but it's not insulting it can do well, we have to change trade policies because we are getting ripped off in the whole country by trade, by jobs by other countries.”