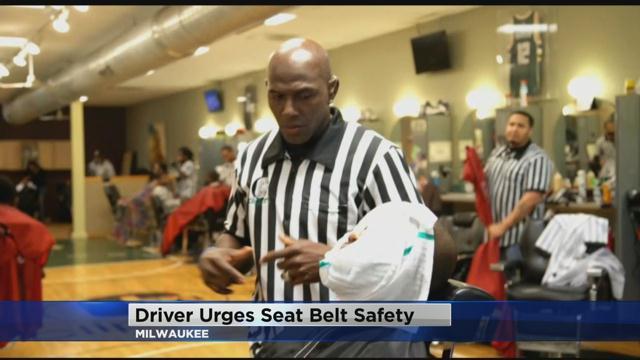 This morning the Packers all-time leading receiver was here to promote seat belt use and debuted a new commercial that will begin airing next month.

He begins to question their seat belt use while their faces are covered.  He then reveals himself. Who he is and surprises most of them.

New data shows that Wisconsin seat belt safety rate is about 86% but they of course want to increase that.

Driver is the spokesperson for the zero road deaths in Wisconsin campaign.

These commercials will air during click it or ticket week in May.

The spots were filmed at the popular Gee's Clippers in Milwaukee.

Driver admitted when he was growing up he didn't buckle up.

"I was one of those kids who never wore a seat belt," Driver told CBS 58 News. "I always wanted to do what I wanted to do. Now I have a voice to help kids avoid the mistakes I made."

Driver hopes the slogan catches on to.."take it from a driver, who always wears a seat belt."