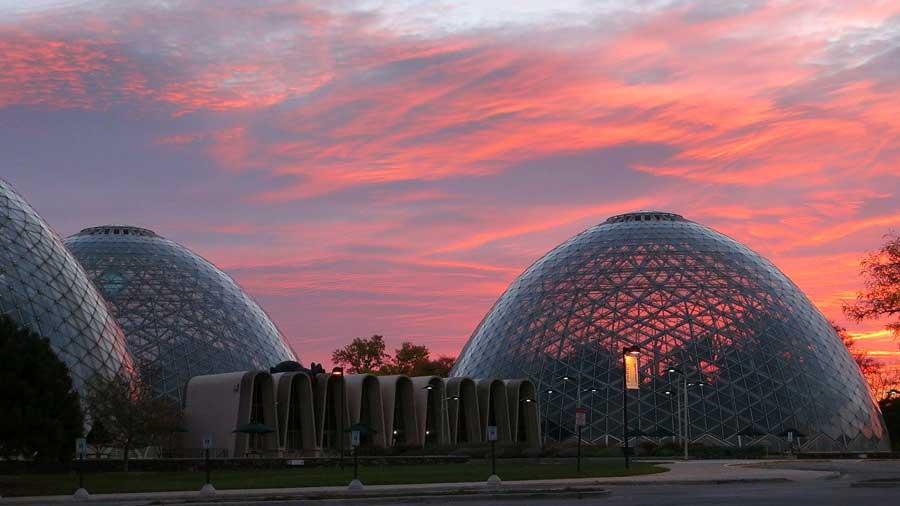 On Wednesday, October 12, at 5:30 PM, the Mitchell Park Domes Task Force will meet for the first time to discuss the future of the iconic structures.

The Milwaukee County Board of Supervisors established the eleven member Task Force to develop a comprehensive long-term plan for the Mitchell Park Conservatory Domes.

The Domes Task Force is chaired by William H. Lynch, a local attorney, and includes County Board Supervisors Peggy A. West, in whose district the Domes are located, and Jason Haas, Chair of the County Board's Parks Committee. The Task Force also includes John Dargle, Director of the Milwaukee County Parks Department, and several representatives from community organizations.

The Domes were closed earlier this year due to concerns about the potential of crumbling concrete to create a safety hazard for visitors. The County Board quickly passed a resolution to create the Domes Task Force and to allocate $500,000 to install protective netting inside the Domes. County Executive Chris Abele returned the resolution unsigned.

The National Trust for Historic Preservation recently placed the Mitchell Park Domes on their annual "11 Most Endangered Places" list of threatened sites in the United States, saying, "a beloved Milwaukee institution for generations, a unique engineering marvel and a highly significant example of midcentury modern architecture, the Milwaukee Domes are facing calls for their demolition."

A meeting agenda is available here.

The meeting will be held at the Mitchell Park Horticultural Conservatory on 524 S. Layton Blvd in Milwaukee.