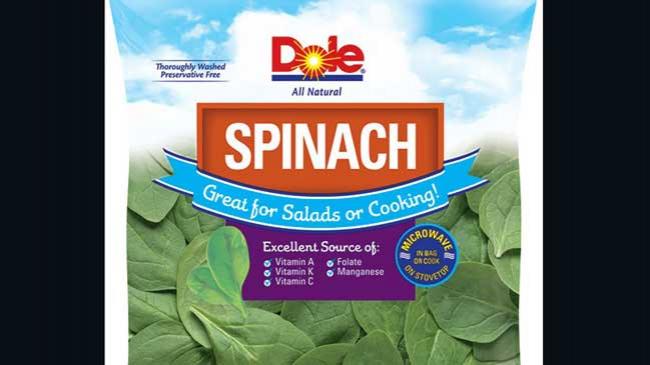 (CNN)Have a bag of spinach salad in your refrigerator? Be sure to check its code number.

Dole Fresh Vegetables is voluntarily recalling some bagged spinach due to salmonella, according to the Food and Drug Administration. Random tests by the Michigan Department of Agriculture and Rural development turned up positive for the bacteria.

Dole is currently reaching out to stores to make sure they pull the product from grocery shelves. If you do have a bag, throw it away, says the FDA. Salmonella can cause severe stomach pains, nausea and diarrhea. For people with chronic illnesses it can make them very sick. The elderly and small children are particularly susceptible to developing more severe symptoms.

Salmonella is a reoccurring problem in the United States. It's estimated to cause a million illnesses in the country every year, sending 19,000 people to the hospital annually, according to the Centers for Disease Control and Prevention. Most people who do get sick suffer for four to eight days. Most do recover, but on average, 380 people in the U.S. die every year after suffering from salmonella infections.