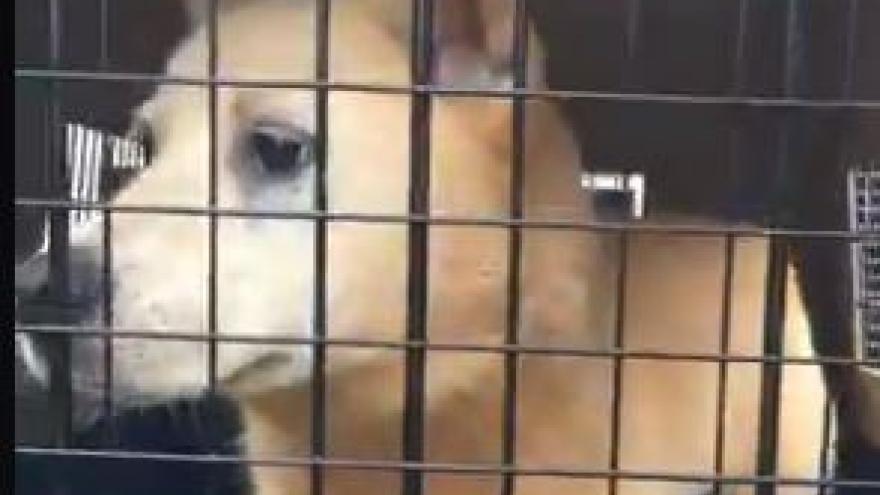 Humane Society International rescued dogs from a dog meat farm in South Korea. Some of those dogs will arrive at the Humane Animal Welfare Society (HAWS) and Elmbrook Humane Society on Thursday and Friday.

This is the ninth dog meat farm that the Humane Society has permanently closed since 2014, rescuing and rehoming nearly 1,000 dogs by working in cooperation with dog meat farmers keen to get out of the trade. The farm in Yesan contained 149 dogs, including puppies, all of whom will be rescued and transported to the United States this month. The rescue is occurring just as the Bok Nal summer season, during which South Koreans kill and eat more than one million dogs as a spicy soup, gets underway. The rescues and farm closures are part of HSI’s broader strategy that aims to encourage the South Korean government to end the cruel dog meat industry.

The Humane Animal Welfare Society and Elmbrook Humane Society will evaluate and care for the dogs.

HAWS will get their first two dogs from Korea on Thursday. The transport plane arrives at O’Hare Airport in the morning and should be back at HAWS around noon.