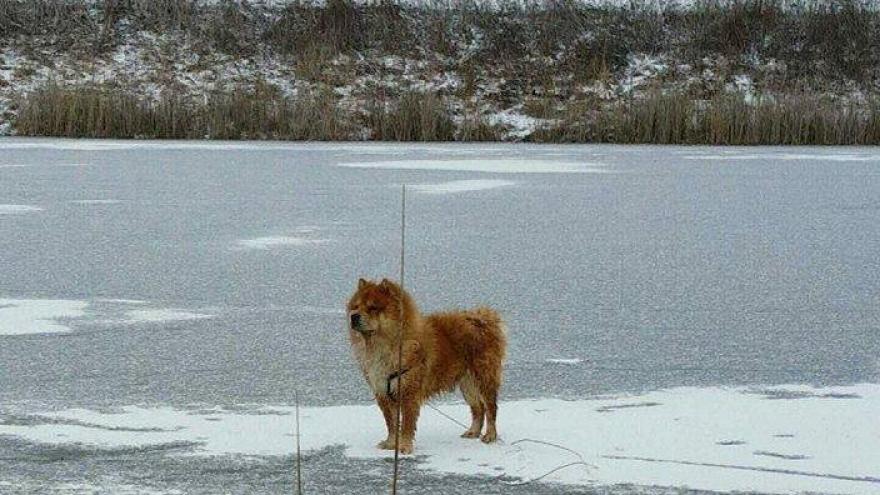 MOUNT PLEASANT - A dog is safe tonight thanks to the Mount Pleasant Police Department and the South Shore Fire Department.

A call came in shortly after 12 p.m. for reports of a dog that was trapped on the ice in the 7300 block of Old Spring Road in Mount Pleasant.

An officer arrived on scene and saw the dog stuck in the middle of the pond. He noticed the dogs back legs break the ice and go into the water. The officer was about to go in himself to rescue the dog when it was able to get its legs out of the water and back on the ice.

South Shore Fire Department then arrived on scene with equipment to save the dog. A firefighter put on a special water suit and was able to get into the water to save the dog. An hour and a half later, the dog was removed from the water.

The owner then arrived on scene and was reunited with the dog.

No one was injured and the dog is okay.