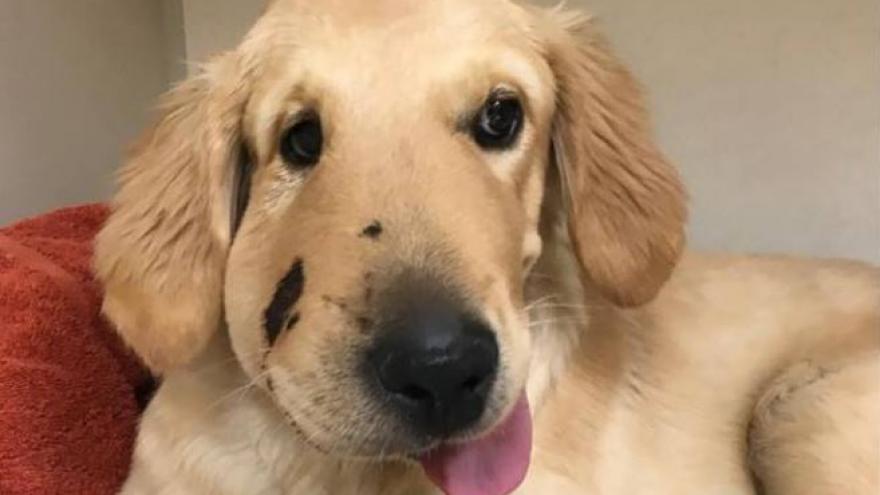 (CBS News) -- Dogs have done some incredible things for their owners, protecting them from thieves, house fires and much more. But, this golden retriever might be the most heroic pup yet.

Paula Godwin treated her golden retriever Todd to a hike Friday morning in Anthem, Arizona. It was a normal walk until Godwin almost stepped on a rattlesnake lurking on the trail, CBS affiliate KPHO-TV reported. Thankfully, Godwin had a guardian angel in Todd.

He leaped in between his owner and the snake that was about to strike. Todd ended up suffering a serious bite on his snout. Godwin rushed Todd to a local animal hospital where he was treated for the bite.

Godwin recounted the attack on Facebook, writing: "It was a beautiful morning but as we were walking down the hill I literally almost stepped on a mf rattlesnake. But my hero of a puppy Todd saved me. He jumped right in front of my leg were I surely would have got bit. This is what a hero looks like. Please say a little prayer for my sweet hero," she said.

Godwin provided an update to the pup's condition Sunday, saying her pet is healing from the attack.

She also thanked concerned followers, writing, "Your kindness and support is truly a blessing."