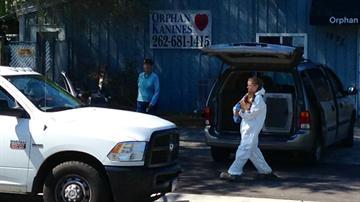 MADISON -- A Madison man is wondering if a dog he adopted was ever exposed to things that may affect his long term health.

Almost a year ago Brock Bergey adopted his Boston terrier from Orphan Kanines in Caledonia.

Thursday, authorities shut down that non-profit shelter and rescued more than 80 animals.

Bergey says he was shocked to find this out, especially because the shelter’s owner continued to follow up on his adoption of his dog, Linkoln.

“It seemed like everything was even above and beyond what a rescue group should do. It was, she just a couple of days ago liked a photo of Linkoln bathing in the sun online.” Said Bergey

He says he is going to work with his vet to make sure his dog wasn't exposed to awful conditions that could end up causing long term health problems.

He also say he never stepped foot inside the shelter, which he didn’t see as a red flag until now.