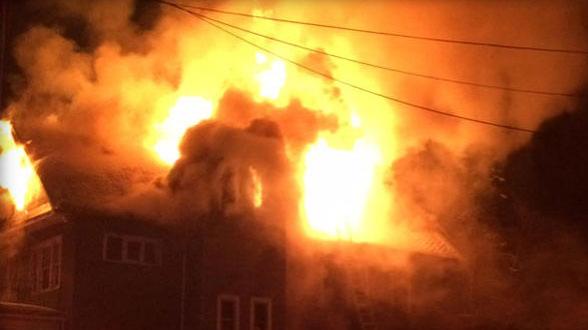 (CBSNews) SPOKANE, Wash. –- A 3-year-old who died in a house fire was found with his dog and teddy bear next to him and authorities believe the dog tried to protect the boy, a spokesman for Spokane’s fire department said Saturday.

The dog, a terrier mixed breed, also died in the fire that broke out at about 11:30 p.m. Friday, said the spokesman, Brian Schaeffer.

Three other children and two adults escaped from the blaze in Spokane’s Hillyard neighborhood, he said.

The dog stayed behind in an attempt to protect the boy, firefighters believe, and the fire was so intense that it melted the metal on the frame of the boy’s bed, Schaeffer said.

Officials said firefighters arrived within minutes of the call and several people were able to escape from the home, including other young children, CBS affiliate KREM reports. Firefighters then found one child dead inside the home shortly after making entry. Officials said the home did not have working smoke detectors.

Once the fire was put out, the Spokane Fire Department’s Special Investigative Unit as well as Spokane Police major crimes detectives responded to the scene. Both agencies will be investigating the incident.