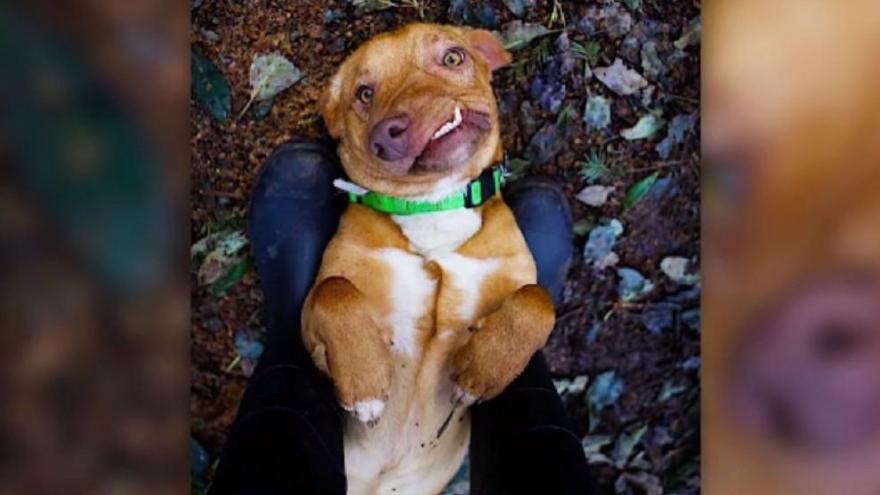 EUGENE, Or. (KVAL / WSET) -- A dog with a misaligned snout will soon get a chance to be paired with a forever home.

Picasso, a 10-month-old pit bull-terrier mix, was born with a facial deformity that makes it look as if his snout is going right while his jaw goes left.

He and his brother, Pablo, were rescued by Luvable Dog Rescue, a non-profit animal shelter in Oregon, after they were placed on death row.

“He can eat sideways, but he’s a very messy eater,” Liesl Wilhardt, executive director of Luvable Dog Rescue said to the Huffington Post. “Same with water.”

Picasso was a part of a litter of five puppies born last year in Porterville, California, by a backyard breeder.

But the breeder was unable to sell Picasso and Pablo, and they were both taken to the Porterville Animal Shelter.

Both dogs were close to being euthanized before Wilhardt found out about them from a volunteer at the shelter.

Now, Picasso will undergo dental surgery to correct a painful condition caused by his misaligned snout.

“His jaw is fine, the deformity is in the top part of his nose,” Wilhardt said. “The jaw hinge is not deformed. He can open it normally.”

After surgery, the shelter said it will determine what's best for Picasso and Pablo, who will be put up for adoption as a bonded pair.

The shelter said people from around the world have expressed interest in both dogs.