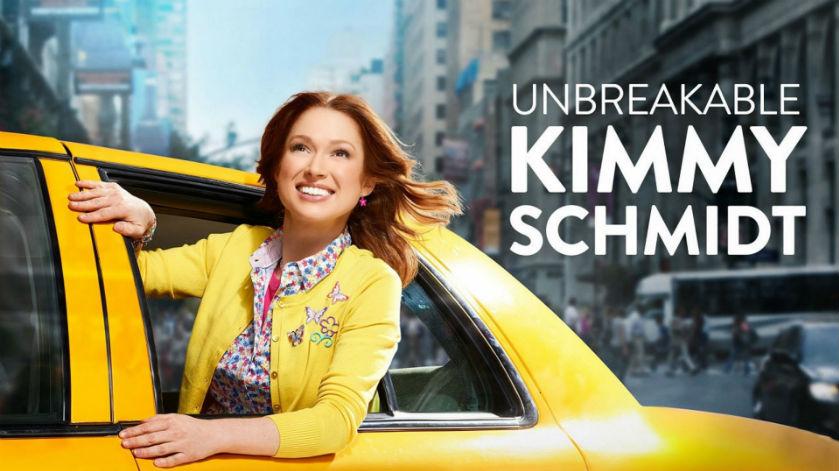 Her new Netflix series, \"The Unbreakable Kimmy Schmidt,\" is being criticized online for dealing in offensive humor and stereotypes.

The show, which had been picked up by NBC but ultimately dropped, stars Ellie Kemper (\"Bridesmaids,\" \"The Office\") as an upbeat woman stuck in the 1990s after being kidnapped by a doomsday cult leader: not exactly fodder for humor, on its surface.

After she's released from an Indiana bunker, Kimmy moves to New York to start a life, and much of the humor comes from her misunderstanding of the modern world, her seventh-grade education and her relationships with a diverse cast of pals.

Since its debut, Buzzfeed has declared that the show has a \"major race problem,\" and others criticized its treatment of an Asian character named Dong.

Slate says that the critics \"aren't wrong ... but they are missing the point.\"

\"Tina Fey's high-wire act is all about the alchemy of making it OK to laugh at big, heavy issues -- like kidnapped women, the experience of undocumented Vietnamese immigrants, and people with Native American ancestry passing as white -- by skimming over them with a light touch,\" Arthur Chu wrote on Slate.

The Daily Dot's Jacqueline Keeler wrote that she once hid her Native American past, just like Kimmy's employer, a wealthy woman played by Jane Krakowski. Keeler said that watching the show made her uncomfortable but at the same time praised Fey's \"genius\" writing.

But Tituss Burgess, who plays Kimmy's black gay roommate, Titus (whom some have called a stereotype), says the whole controversy is \"ridiculous.\" He told the Huffington Post, \"I just find it hilarious that people are trying to arrest us for doing the opposite of what everyone thinks we're doing.\"

The show is certainly not afraid to go right up to the edge with jokes about race, age, class, gender and sexuality. Consider these biting one-liners and bits of dialogue.

An onscreen news graphic zings the media after Kimmy and her bunker-mates are freed.

3. \"We came all this way in the great iron sky eagle. I'm kidding. I know what planes are; I was in the Air Force.\"

Jacqueline's father, Virgil, explains how he and Jacqueline's mother, both Native Americans, traveled to New York to see their daughter.

4. \"You know Disney lies to little girls. Stepmothers aren't scary, and nannies aren't magical, and dwarves do not let you sleep in their house without expecting something.\"

5. \"Well, I had a cellphone, Xan, obvs, but I lost it at the zoo. A monkey took it, and she wouldn't give it back. Yeah, Xan, the monkey was a woman. Women can be anything these days.\"

Kimmy was underground as cell phone use exploded -- but she hides that truth from most people, especially the vengeful Xanthippe.

6. \"My dad cannot find out about this, please! He'll kill me! Or marry me off to one of his Saudi friends!\"

Xanthippe begs for a break like any teen but gives a glimpse at the life of a 1% adolescent.

Such is the life of Titus, Kimmy's roommate, a gay black man from Mississippi, trying to make an acting career in New York.

8. \"Straight guys can be vegetarians. Hitler was a vegetarian.\"

Charles, Kimmy's colleague and potential love interest, defends his diet in the most awkward way.

9. \"Yeah, it's real popular now, like taking pictures of your food or being biracial.\"

Cyndee, Kimmy's closest friend from her days in the bunker, offers swift commentary on how the world has changed in the 15 years she was away.

Kimmy and Titus have a conversation about race, as if over cups of Starbucks coffee.

11. Lillian: \"I will not bury another beautiful black man. You know my dear husband Roland was killed in our very own apartment.\"

Lillian: \"He got up to go to the bathroom in the middle of the night, and on his way back to bed, he was shot in the face.\"

Lillian, Kimmy and Titus' loony landlord, schools her young tenants on race relations of past and present.